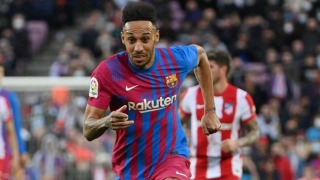 Arsenal defender, Gabriel has revealed that the rift between Pierre-Emerick Aubameyang and one of the team’s coaching staff forced him to leave the Gunners for Barcelona.

Recall that the Gabonese international’s contract was terminated on mutual consent before he joined the LaLiga giants.

However, Gabriel is now saying that the former Dortmund attacker left Arsenal for Barcelona because of a rift with the coaching staff, while adding that the players wanted him to stay.

“Aubameyang is in my heart, we all wanted him at Arsenal,” Gabriel told the Oh My Goal YouTube channel.

“It is something that happened between him and the coaching staff, the other players were not in it.

“I said goodbye to him before he left, I hope he enjoys Barcelona, he is a very nice person with a big heart and I love him very much.”

Aubameyang netted 92 goals in 163 appearances for Arsenal, but his time at Emirates was also chequered with disciplinary breaches.

Why I Will Love To Have Messi In My Club –Beckham