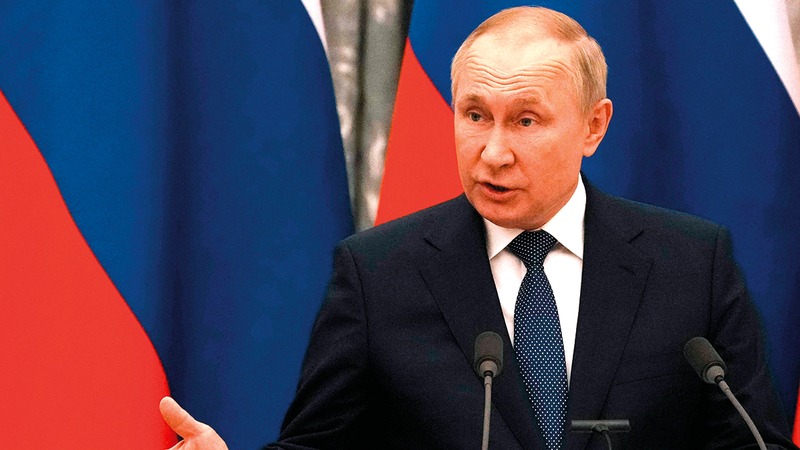 Russian President Vladimir Putin ordered his military command to put Russia’s deterrence forces – a reference to units which include nuclear arms – on high alert, citing aggressive statements by North Atlantic Treaty Organization (NATO) leaders and economic sanctions against Moscow.
“As you can see, not only do Western countries take unfriendly measures against our country in the economic dimension – I mean the illegal sanctions that everyone knows about very well – but also the top officials of leading NATO countries allow themselves to make aggressive statements with regards to our country,” Putin said on state television.
International tensions are already soaring over Russia’s invasion of Ukraine, and Putin’s order will cause further alarm.
Moscow has the world’s second-largest arsenal of nuclear weapons and a huge cache of ballistic missiles which form the backbone of the country’s deterrence forces.
“I order the defence minister and the chief of the general staff of the Russian armed forces to put the deterrence forces of the Russian army into a special mode of combat service,” Putin said in a televised address.
Defence Minister Shoigu replied: “Affirmative.”
The Russian president on Thursday ordered the invasion of Ukraine, sending shockwaves around the world.

Russian ground forces have pressed into Ukraine from the north, east and south but have encountered fierce resistance from Ukrainian troops, the intensity of which has likely surprised Moscow, according to Western sources.
Ukrainian authorities describe some Russian troops as demoralised and exhausted, claiming that dozens have surrendered.

Related Topics:LatestPutinRussiaTop Stories
Up Next