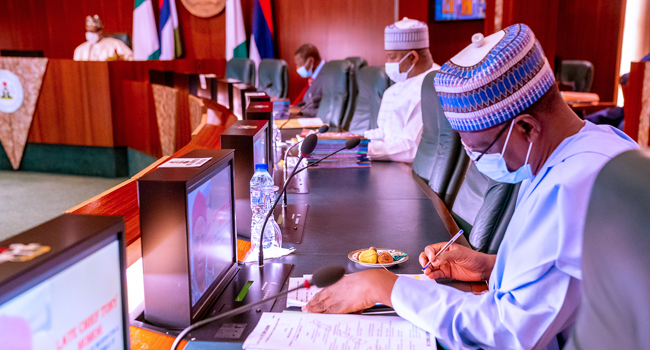 The meeting which is holding at the Council Chambers is attended by Secretary to the Government of the Federation; Boss Mustapha; the Chief of Staff to the President, Professor Ibrahim Gambari and the National Security Adviser (NSA), Major General Babagana Monguno (retd).

This is coming as the country has witnessed unprecedented spike in terrorists attacks.

Though, NEWSUPDATES247 could not independently verify the reason for the meeting but a source said it has to do with the protracted problem of insecurity tearing the country apart.