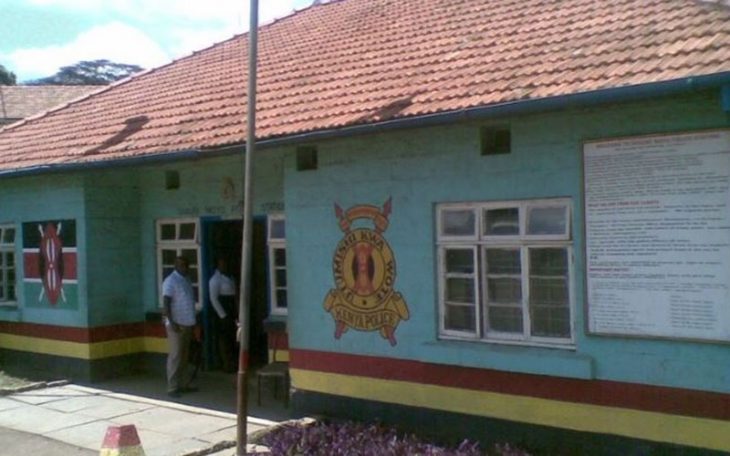 A police officer on Wednesday, March 9 took his own life by hanging himself on a tree within Athi River police lines.

It is unclear why Josphat Kiirinya Ndegwa, an officer attached to Athi River Standard Gauge Railway (SGR) terminus,Kenya decided to take his life in such a manner.

“It was reported that there was a person who had hanged himself on a tree within the police lines.

Police officers under the command of Roy Mwaura visited the scene and found the body hanging from a tree,” police report read in part.

“The scene was photographed by scenes of crime personnel and the body taken to Machakos Referral Hospital awaiting autopsy,” the report read.

The incident comes just hours after another officer working in Garissa County resigned from the police service citing financial constraints.

Alex Mulama attached to the Directorate of Criminal Investigations (DCI) penned his resignation saying he was doing a lot of work but he was not getting paid well.

He copied the letter to the DCI boss George Kinoti and Inspector General of Police Hillary Mutyambai.

“Sir I do hereby notice that I will be resigning from the Kenya National Police Service (Directorate of Criminal Investigations) from March 10, 2022. I have reached this decision due to the financial constraints, health concerns and job-related stress,” the letter read in part.

Mulama further said that since he was employed in the service nine years ago, he has worked diligently and thanked his bosses for allowing him to serve the country as a police officer.

At the time of his resignation, Mulama was attached to the North-Eastern region.