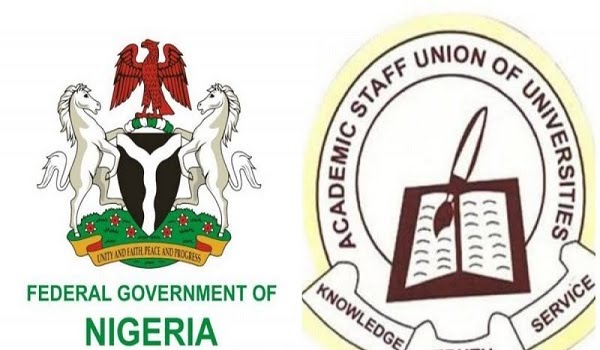 As the Federal Government is set to inaugurate a team to renegotiate the 2009 Agreement it signed with the Academic Staff Union of Universities, ASUU, the union has said the government is on its own and it only expects the implementation of the said agreement and nothing else.

This is just as the union alleged that the government is subtly working to kill the university education in the country, so that the elite would continue to dominate other people

Speaking in a chat with the Vanguard on phone yesterday, the National President of ASUU, Prof. Emmanuel Osodeke, said if the government could spend public funds to bail out banks, power generating companies, GENCOs, and power distribution companies, DISCOs, that had been sold to private individuals, it should not shy away from bailing out the education sector as a whole.

“GENCOs and DISCOs have been sold to private concerns and government is still spending billions of naira to bail them out. What about trillions of naira that some people are owing which the Assets Management Company of Nigeria, AMCON, is spending huge sums of money to buy over, debts that most of the debtors ought to be in jail for.

“Why can’t the government commit just a fraction of the funds being committed into those disgraceful ventures to the education sector. It is a class matter. The elite still send their children to universities abroad and the few that have their children at home send them to private universities. As the elite are lording it over us, they want their children to do same.

“There is nothing unimplementable in that agreement. When the agreement was being signed, were those in the government team blindfolded or charmed? The agreement passed through all the strata of government. Let us even assume that it was signed before the present regime came into office, we all know that government is a continuum. Moreover, the current government set up a committee in 2017 to see to the implementation of the agreement and nothing was raised about it then. Did they now just wake up?

“As far as we are concerned, we don’t know any team or have anything to do with any other team than the 2017 team and to continue from where we stopped. If the government has changed one or two persons from their team, that is their problem,” he said.

When told that the government is calling for renegotiation based on the current economic situation, Osodeke said the government appeared not to get its priorities right

“What we are asking for it that government should commit the sum of N200 billion every year for six years to revitalising the university system. Has the same government not spent more than the N1.2 trillion on frivolities like bailing out GENCOs and DISCOs among others? As we speak, the government has not committed one tenth of what we asked for on the sector,” he added.

The ASUU President opined that anybody who says the union asked for the impossible should also look at the value of the naira in 2009 and now.

“When the agreement was signed, the naira was about 100 to a dollar, now the naira is over 500 to a dollar. We even need to ask that the money should be increased. If we want the best for our children, the country and its future, we must do the needful,” he stressed

Commenting on the state of the nation’s universities, Osodeke said the manner Nigerians throng foreign ones explains it all

” We have over 60,000 Nigerian students in the United States and over 4,000 in Ukraine, if our universities are what they used to be some decades ago, one can imagine what we will be saving in foreign exchange. We cannot attract foreign students or lecturers again,” he said.

Reacting to the union’s stance, the Director of Press, Federal Ministry of Education, Mr Ben Goong, on Sunday said the union had not formally notified the government of its decision.

“The government has not been officially informed by the union of its stance. However, the inauguration will go as planned and the union is expected to select its own team too to meet with the other party,” he said.

Recall that last week, the Minister of Education, Malam Adamu Adamu, announced that a team that would renegotiate the 2009 Agreement with ASUU would be inaugurated today, Monday, in his office.