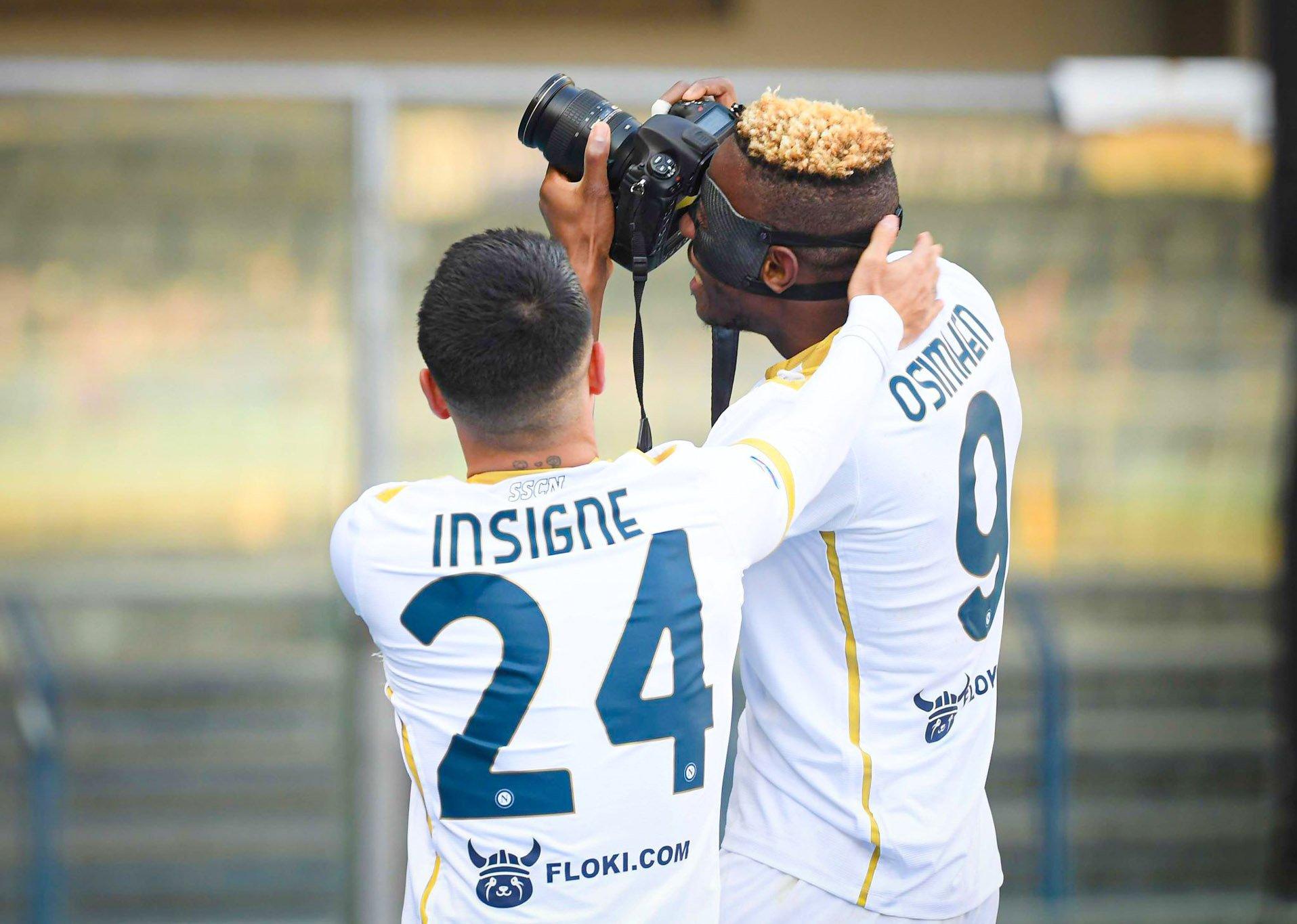 Victor Osimhen grabbed a brace on Sunday as Napoli bounced back from a disappointing loss to AC Milan to defeat Hellas Verona.

The Super Eagles attacker scored his fifth headed goal of the season in the 14th minute before doubling the advantage with nineteen minutes left to play.

Osimhen has now scored 9 goals in the Serie A this season and 13 in all competitions in 24 games, and all have come from open play. He has also won 6 penalties this season, one of the highest in Europe this term.

He has completed 1680 minutes this season and has scored every 129 minutes.

Osimhen took a creative route to celebrating his second goal against Verona as he took a camera from a photojournalist and pictured the scenes in the crowd in what has since gone viral.

He is Napoli’s top scorer this season and has remained a key cog in their title aspirations. Since joining from Lille in a club record move to Naples, the attacker has had topsy-turvy times in the Italian top flight.

His grace against Verona means he’s one goal short of equaling what he managed last season in the Serie A and is on course for a 20-goal haul if he keeps his form and stays fit.

Osimhen is expected to lead the line for Nigeria against Ghana at the last phase of the World Cup qualifiers.