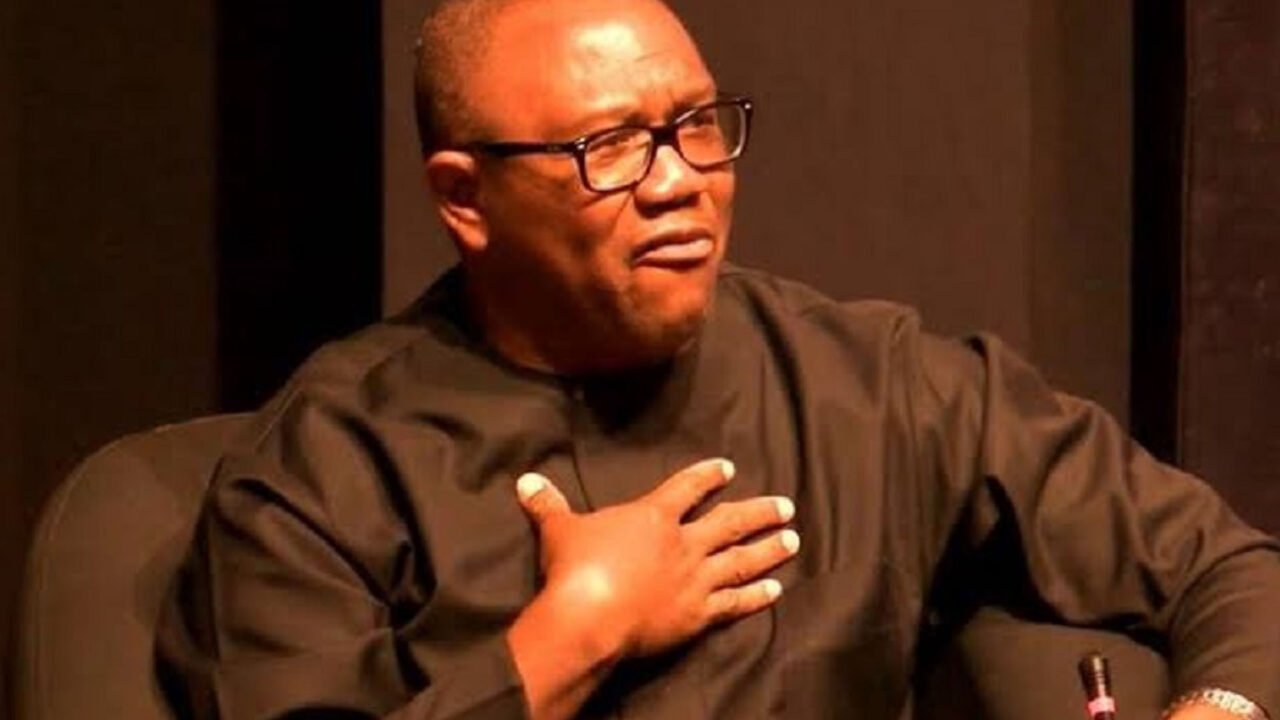 The presidential candidate of the Labor Party, Peter Obi has admitted that there is still much work to be done as it prepares for the 2023 Presidential Elections

Obi was reacting to the performance of his party at the just concluded Osun state governorship election where the Labor Party came a distant fifth position with just 2,729 votes
The Peoples Democratic Party which won the election polled 403, 361 votes, which is 400,642 votes more than the Labor Party

The 1st runner up, that’s the All Progressives Congress polled 375, 027 votes, establishing a vote gap of 372, 298 votes ahead of the Labor Party
Other political parties which floored the Labor Party include the ADP which came third with 10, 104 votes and the Accord which polled 4, 515 votes

The unimpressive performance of the Labor Party in Osun state is coming at a time the party is gaining popularity since Peter Obi joined it and emerged as its Presidential standard bearer for 2023. Ahead of the Osun election, Obi had visited the state to mobilize supporters at a rally for its candidate, Yusuf Lasun
Reacting to the outcome of the election, Obi in a statement on Monday to his supporters known on social media as the ‘Obidients’ said the election result is not a verdict on the party’s growing popularity.

“To the Obidient Movement Family and our supporters nationwide, the outcome of this particular election is not a verdict on our exponentially growing strength nationwide, especially when viewed against the fact that we are barely one month old in the party and we had to contend with forces that have been entrenched in the state for the last two decades”. He added, “within this very short period of only a few weeks, the Labour Party has made its presence and political impact felt nationally”

Obi however congratulated the winner of the election and the candidate of his party, Lasun. “I extend my warmest personal congratulations to Sen. Ademola Adeleke on winning the Osun State Gubernatorial elections.
“I also congratulate the candidate of our Labor Party, Rt. Hon. Lasun Sulaimon Yusuff and his running mate, Adeola Adekunle Atanda, for a hard fought battle and their spirit of resolve and sportsmanship, despite the outcome”

With the 2023 presidential election barely 7 months away, Peter Obi remains defiant, calling on his supporters “not to relent in our noble march to take back our country”

Looking back at what happened at last Saturday’s election in Osun, the former Anambra Governor admitted his supporters and the Labor Party will have to work much harder.
The statement read, “Much work remains to be done, hence we must focus the totality of our efforts now on the forthcoming 2023 General elections.

“In the fullness of time, our message of rescue and recovery will resonate through out the length and breath of the Nation and most Nigerian electorate will buy in into our mission to take back Nigeria, for the purpose of rescuing it from continued decline, shift the National psyche from consumption to production and from sharing dwindling resources to creating wealth and frontally combating poverty”.