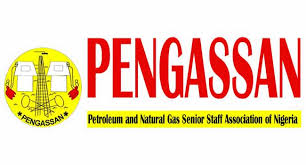 The Petroleum and Natural Gas Senior Staff Association of Nigeria (PENGASSAN) has expressed dismay over the recent directive accompanied with the threat by the Presidential Steering Committee (PSC) that Federal Government employees would not be allowed into their offices without proof of vaccination or negative Polymerase Chain Reaction (PCR) tests effectively today, December 1, 2021.

The union said it considered the directive and alleged threat as unbecoming, draconian and against the constitution of the Federal Republic of Nigeria that the government pledged to always uphold.

PENGASSAN, in a statement yesterday on the state of the nation, requested that the undemocratic and anti-masses directive that infringes on the right of the citizens be stopped and withdrawn with immediate effect.

The association said it had earlier admonished providers of labour to sensitise and advocate for its employees on the advantages of taking COVID-19 vaccines and not to issue threats to the workforce.

President and General Secretary of PENGASSAN, Festus Osifo and Lumumba Okugbawa, who spoke on the prevailing issues that are affecting the general populace, which required urgent attention, admonished government at all levels to quickly come together and find urgent solutions to the myriad of issues plaguing the nation to reduce the difficulties faced by the citizens.

The oil workers urged that government must develop a strong mechanism in tracking how its macroeconomic policies affect the disposable income of individuals and households in the country.

IN the same breath, the union also said that while it was not averse to subsidy removal, the move anchored on importation would impoverish the Nigerian workers and deepen the poverty population.

PENGASSAN noted albeit sadly that most of the recent macro-economic policies of the Federal Government had further exacerbated the economic hardship faced by its members and Nigerians in general.

It declared that if the poverty-induced policies are not urgently checked and correctional measures put in place, the little shred of hope that the citizens have in the country will fast erode and this could degenerate the already challenging security situation and grossly affect the level of governance.

The association consequently urged President Muhammadu Buhari to immediately abolish the Value Added Tax (VAT) on gas importation, prevent further slide of the Naira, channel some of the exported gas to domestic use, and provide some forms of verifiable palliatives for the lower-class citizens.