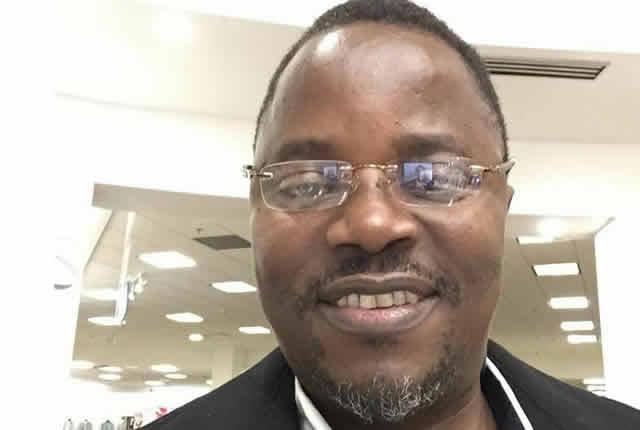 When Frenchman Jules Rimet became FIFA President in 1921, his mission was to wean football off the dominance of the Olympic Games, and project it as the most popular sport, unifying people from all walks of life.

Rimet’s mission was no mean task considering the fact that the Olympics dates back to 776 BC – about 3,000 years ago, when the games were held in Olympia, Greece, every four years, before transmuting into the modern Olympic Games, first held on April 6, 1896.

The wrongly-named first World Cup hosted by Uruguay in 1930 witnessed only 13 countries; seven from South America, four from Europe and two from North America participating, excluding the whole of Africa and Asia.

Christened the Jules Rimet trophy, the first ‘World Cup’ was an honour done to the name of the visionary third FIFA president, Rimet, who spent 33 years in the saddle.

The year 1966 was a lost-and-found year for the World Cup. It was stolen at a stamp exhibition in Westminster Central Hall, London, but was retrieved after seven days by a resident’s dog named Pickles, who found it wrapped in newspaper and hidden in a hedge in south London. England, later in the year, went ahead to win the World Cup for the first and only time on home soil.

It beats the imagination how the suspected mastermind of the heist, after beating the two guards on duty sneakily, could leave behind the stamp collection worth £3 million and cart away the Jules Rimet trophy valued at just £3, 000.

After winning it for the third time in 1970, Brazil had the trophy for keeps. So, as the 1974 edition approached, FIFA’s call for a new trophy was won by Italian sculptor, Silvio Gazzaniga, in 1972, with a masterpiece of a design that comprises two victorious footballers holding aloft a symbolic sphere, showcasing football as a vehicle of universal harmony, triumph, accomplishment, simplicity, freedom, commitment and peace.

In December 1983, the Jules Rimet trophy went on a journey of no return as it was stolen inside a cabinet with bulletproof glass in the Brazilian Football Confederation building in Rio de Janeiro by the trio of a banker, an ex-police officer and a decorator, incapacitating the guard on duty.

Jules Rimet was never recovered! Graciously, FIFA presented a replica of the trophy to the Brazilian Football Confederation in 1984.

Due to safety worries, winners of the World Cup, from 2006, were not allowed to go home with the real trophy but could only have a feel of it during its official presentation after the final match. A replica of the trophy is nowadays presented to the winning team to take home after the closing ceremony.

By 2038 when the spaces for inscribing the names of winning countries at the base of the trophy are filled up, a new trophy will replace the current one.

Myth, mystique; Pele. One of the myths that hoisted Brazilian football legend, Edson Arantes do Nascimento, aka Pele, on the throne of global football was his acclaimed record which says that he scored 1, 281 goals in 1, 363 games. This is true and false: Half-truth.

Specifically, the article says, “The general consensus among most record-keepers and media outlets, including ESPN’s own Stats & Information Group, is that Pele scored 757 official first-class goals during his career.

“He scored 643 goals for Santos in state and national championships, the Copa Libertadores (South America’s version of the Champions League) and the Intercontinental Cup (a precursor to the FIFA Club World Cup).

“He then scored 37 goals in the old North American Soccer League during his three years at New York Cosmos. All the while, he was busy scoring 77 goals for Brazil in qualifiers and finals of the World Cup, the Copa America and international friendlies.”

However, ESPN says Rec.Sport.Soccer Statistics Foundation, a comprehensive online database of historical soccer statistics, has a different tally, listing his goal haul as 775, including four goals he scored for a ‘military team’ and 12 goals he scored for a ‘Sao Paulo’ selection team – in unofficial capacity, stressing the discrepancy in his tally.

Also disproving the claim of Pele’s over 1,000 goals, an online sports media, GOAL, quotes FIFA’s official website which says that, “Pele scored 1,281 goals in 1,363 games,” adding that, “This figure includes data from a significant number of unofficial matches such as friendly tours with Santos and the New York Cosmos.

“The bulk of Pele’s goals were scored for Santos, where he spent the majority of his career. He scored 643 goals for Santos in 656 competitive appearances. He netted 64 strikes in 107 games for New York Cosmos.”

In an interview with ESPN, Santos club historian, Odir Cunha, said, “Pele scored 1,091 goals for Santos and 1,282 in his entire career. Of these, 448 were scored in what would be considered friendlies and international friendly tournaments.” Many analysts, including Emilo Castano, put the friendly goals Pele scored in his 1,281 goal tally at over 526.

Numerous credible international news media faulted Pele’s controversial goal haul, describing it as false and aimed at misleading the footballing world into believing that he is the Greatest Of All Time. But there can only be ONE GOAT.

Under Rimet, FIFA needed a poster boy for football whose fame had grown in leaps and bounds. And Pele fitted the bill – young, strong, agile, prolific – the goal of Rimet to make football a potent force in conquering poverty, fostering unity, promoting self-actualisation, harmony and encouraging diversity was achieved when Pele came on stage.

As record keeping was not accurate in sports at the time, little attention was paid to Pele’s contentious goal tally largely because his teammates like Garrincha, who was Brazil’s highest goal scorer at the 1962 World Cup (four goals), when Pele scored only one goal, and Jairzinho – seven goals in the 1970 edition when Pele scored four, were contented with just playing football and not bickering over goals scored.

Gerson, the playmaker of the 1970 team, said, “Now the interesting thing is this, as incredible as it might seem, I prefer a thousand times over to make the pass, rather than to score the goal. For me this was the glory because this is what I was trained for.”

Pele played in four World Cups, won three but participated fully in two editions as he was injured in the second group game against Czechoslovakia in the 1962 edition, making him sit out the remaining matches while his teammates went on to win the trophy.

In fairness, Pele was also injured in the 1966 World Cup but he wasn’t the highest goal scorer in the 1958 and 1970 editions when he was fully fit, putting a question mark to his claim of being the greatest finisher.

Aside from being the youngest player of the 1958 World Cup, Pele has no individual award to his name in the four World Cups he featured in for Brazil. This is a telling testimony to the fact that he has been largely overrated.