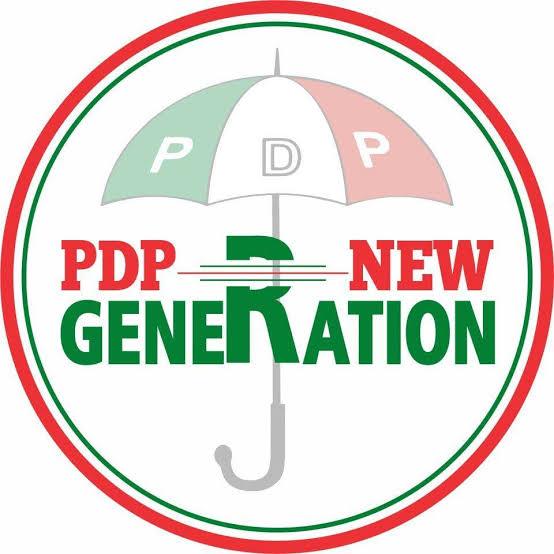 In line with the mandate of the National Strategic Committee (NSC) of PDP New Generation, to steer the second phase of Operation Rescue Nigeria with the theme R.E.S.E.T Nigeria, the NSC has unveiled the ‘first of its kind’ National Youth Campaign Council (NYCC). The campaign council under the People’s Democratic Party (PDP) is expected to deliver all PDP candidates in 2023 general elections.

Our correspondent gathered that the NYCC will focus on issue-based campaigns targeting mainly young men and women across the country.
The council is to complement the PDP Presidential Campaign Council (PCC) in delivering the presidential, gubernatorial, senatorial, House of Reps and Assembly candidates of the PDP in the forthcoming general 2023 general elections.

The NYCC structure from the topmost chart, starts with the PDP national chairman, PDP presidential candidate, PDP vice presidential candidate, director general of the PCC and PDP national youth leader. Others are the chairperson NSC and the director general, six deputy director-generals of the NYCC follows closely on the chart, with the polling unit managers at the bottom.

Hon. Abdulkadir Hashidu The chairperson of NSC is to play a supervisory role, while the director-general, is to coordinate the administration and operations of the NYCC. The six zonal deputy director-generals are to lead the field operation of their respective zones, states, senatorial, local, ward and polling unit managers. The campaign secretariat will be headed by the campaign secretary.

Also, six zonal spokespersons have been appointed to drive the narrative scheme of the campaign council. The directorates under the campaign structure are to handle critical and specific tasks using innovative, creative and strategic approach, to further reinforce the mission and objective of the NYCC.

The council is expected to have over 1,500 young persons with an advisory board of notable Nigerians.

Over 5000 APC members defect to PDP in Kogi