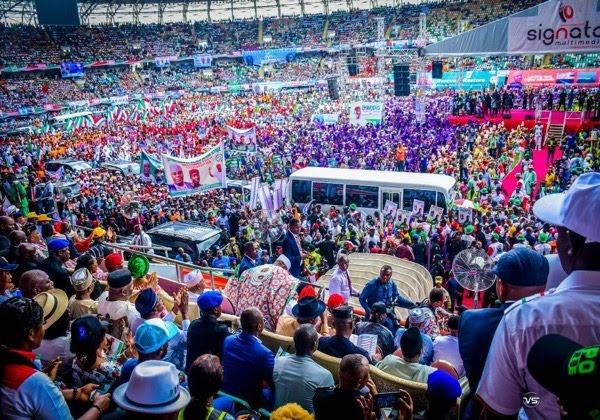 The Peoples Democratic Party has debunked the reports making the rounds that the party has suspended its presidential campaign over the rift between the PDP presidential candidate, Atiku Abubakar, and Rivers State Governor, Nyesom Wike.

There were reports on Wednesday that the PDP suspended its rallies at the instance of Atiku who was said to have drafted three prominent PDP stakeholders to mediate in the standoff between him and Governor Wike.

Reacting to the reports via his verified Twitter handle, the Director of Strategic Communications of the PDP Presidential Campaign Council, Dele Momodu, said the stories were “falsehoods”.
Absolute falsehood unlike the APC which is yet to put its act together, our Atiku/Okowa Presidential Campaign Council has taken off at supersonic speed. See you soon in Kaduna by God’s grace,” Momodu stated.

NEWSUPDATES247 recalls that Wike, and his allies, Governors Seyi Makinde of Oyo State, Samuel Ortom of Benue State, Ifeanyi Ugwuanyi of Enugu State, and Okezie Ikpeazu of Abia State, who have since been calling for the removal of PDP National Chairman, Dr Iyorchia Ayu, on Monday, failed to attend the flag off of the party’s presidential campaign in Akwa Ibom State.

The governor and his loyalists had said Ayu should step down for a southerner.
Governor Wike and his allies, on September 20, announced their withdrawal from the PDP presidential campaign council.
They also boycotted the inauguration of the party’s campaign council held on September 28 in Abuja.