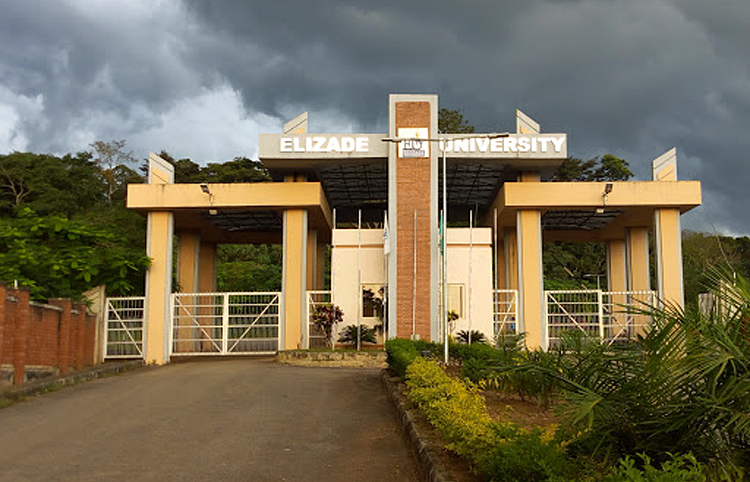 Parents of a deceased student of a private University in Ondo state, Elizade, have written to the institution, asking for compensation and apology over the demise of their ward.

In a letter to the Vice Chancellor and Registrar of Elizade University by Barrister Femi Emmanuel, the deceased’s parents  demanded for a compensation of one billion Naira for the death of Miss Temitayo Owodolu.

Temitayo, at the time of her death, a 300 level  student of the Private university, was said to have died of heart related ailment.

Part of the letter reads : “The late Miss Owodolu Temitayo reportedly suffered the asthmatic attack in your University Hostel on 16th November, 2021, as a result of which she called her sister, Opeyemi Owodolu, who is also a student of your University in the same Female Hall of Residence.

“They latter came to attend to her and confirmed that she had used her inhaler, a common first-aid medication for the treatment of asthma.

“Your University porter and security officers were later contacted, for the deceased to be moved to the University medical facility for observation and better treatment, as she still was experiencing visible breathing difficulties and coughing intermittently.

“The medical personnel in the Medical Centre reportedly attended to the deceased during the blackout, and reportedly lamented that they would be unable to treat the patient using the necessary electrically powered equipment, including the Nebuliser, which is essential for the treatment of acute exacerbation of severe asthma.

“Consequently, according to our brief, the medical personnel asked the deceased to continue using the same Ventolin inhaler she had been applying before her presentation in the Medical Centre.

“Although the deceased was reportedly placed on a drip upon her admission, the nurse attendant thereafter abandoned her for one and half hours, during which there was a backflow of blood into the drip from her body.

“Within the same period, she was coughing consistently, indicating that her respiratory tract was infected. She also vomited and it was her sister who cleaned up the vomit and alerted the Doctor, in the absence of the nurse attendant.

“Strangely, the Doctor was said to be sleeping. Eventually, the same patient that was still healthy enough to engage her sister in humorous and intelligent conversation after the commencement of treatment at the Medical Centre, died in the hand of your Medical personnel.

“If the University Medical personnel could not effectively treat or manage the deceased patient, why was she not referred to another facility?

“The University Medical personnel never referred the deceased for proper treatment, apparently because they were not even on ground to observe her properly, to know the point at which on-going treatment was no longer producing the desired clinical improvements.

“It is a notorious fact that asthma is a preventable, treatable and reversible medical condition. You would, therefore, agree with us that it is quite unusual in medical practice for an asthmatic patient who walked into the hospital herself to die in the hands of a Medical Doctor.

“Her death is an irredeemable loss to the entire Owodolu Family. She was a brilliant, visionary, focused and disciplined person, the joy of her parents, and the pride of her extended family.

“She was determined to be the best in life and succour to humanity and the distressed; that explains why she chose to become a Nurse. Ironically she died as a result of the worst imaginable kind of medical negligence.

“While money cannot buy or repay life, you would agree that damages are claimable to compensate and assuage loss of life due to negligence, as in the instant case.

Consequently, Our Clients are demanding the following from your University:

“A formal acceptance and apology for the medical negligence that caused the death of Miss Owodolu Temitayo;

“Immortalization of the late Miss Owodolu Temitayo, preferably by properly equipping the University Medical Centre and naming it after the deceased;

“An undertaking by the University to not harass, intimidate or persecute Miss Opeyemi Owodolu, the sister of the deceased in your University, in any way whatsoever, either as a result of her observation on the treatment of her late sister, or the instant actions and demands by the Owodolu family.

“You are to comply with the above demands of Our Clients within seven (7) days from the receipt of this letter.

Take Notice that if your University fails to comply with the above demands, we shall be compelled to activate Our Clients’ further instruction to institute an action against the University and her necessary officials in a court of law.”