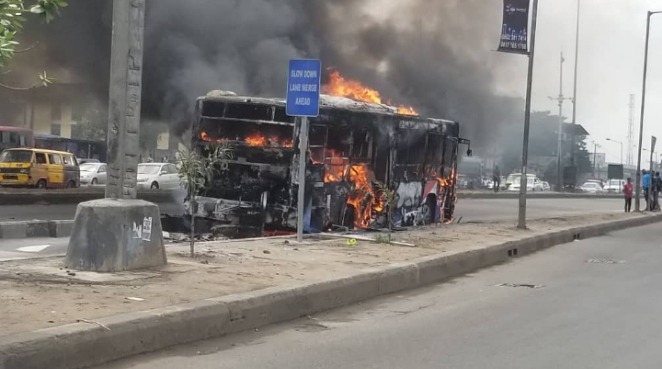 As at the time of this report, it was gathered that no life was lost as all passangers alighted before it cut fire and no fire service in sight.

According to eye witness, ‘Street urchings popularly called ‘area boys’, stopped passers-bys, from putting out the fire as the excuse gathered was that they were angry because of what happened to the 22 year old fashion designer, Ayanwole Oluwabimise, who was found dead in Lagos after boarding a Bus Rapid Transit, BRT, bus heading to Oshodi from Chevron bus stop, Lekki