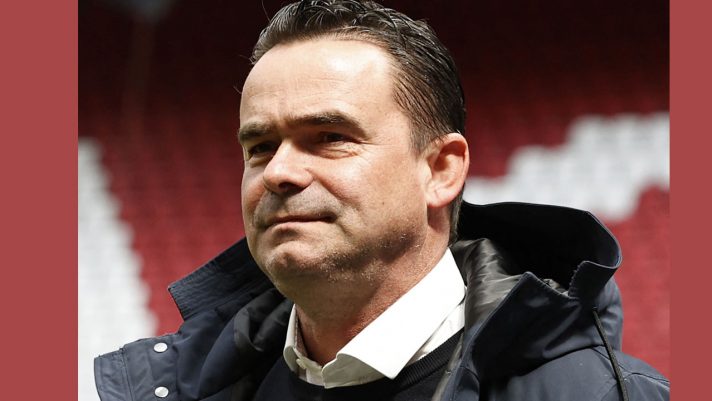 The bombshell announcement on Sunday was greeted with shock in the Netherlands, with football commentators saying it would leave a large gap at the country’s top football club.

It also came as the country was reeling from a similar scandal involving sexual abuse in one of its most popular TV talent shows, The Voice of Holland.

“We are shocked by the reports at Ajax and sympathise with all the victims,” the Royal Dutch Football Federation (KNVB) said.

“As the largest sports association in the Netherlands, we are aware that, unfortunately, power relations can also play a role in the workplace in the sports world,” it said in a statement.

“We would like to say to all victims of transgressive behaviour: please report, no matter how difficult it is,” the KNVB said.

The 48-year-old Overmars, who won the Champions League with Ajax in 1995 before going on to play for Arsenal and Barcelona, late Sunday said he was “ashamed” of his behaviour.

“I am ashamed. Last week I was confronted with reports about my behaviour and how this has come across to others,” the 86-time international said in a statement.

“Unfortunately, I didn’t realise that I was crossing the line with this, but that was made clear to me in recent days. I suddenly felt enormous pressure. I apologise.”

He added: “This behaviour is unacceptable. I now see that too. But it’s too late. I see no other option but to leave Ajax. This also has a major impact on my private situation. That is why I ask everyone to leave me and my family alone.”

Overmars had been in his post at Ajax since the summer of 2012 and recently penned a contract extension until 2026.

In his time as part of the backroom staff, Ajax made the Champions League semi-finals in 2019 and final of the Europa League in 2017.

In his playing career, he represented the Netherlands at four major tournaments — the 1994 and 1998 World Cups and 2000 and 2004 European championships.

‘Devastating’
Ajax supervisory board chairman Leen Meijaard described Overmars as “the best football director that Ajax has had”.

But he added: “It is devastating for the women who have had to deal with the behaviour. When we heard news of this, we immediately acted, carefully deliberating and weighing what was the best thing to do.”

“Unfortunately, he has really gone over the line, so continuing as director was not an option, as he recognised himself. It is extremely painful for everyone.”

“Who would have thought a MeToo moment would also happen in football?” NOS commentator Arno Vermeulen told the national public broadcaster.

“It is a painful moment, but the only correct decision is for Ajax and Overmars to part ways,” he said.

“This is just the tip of the iceberg,” Driessen said.

He said Overmars’ departure also placed question marks over whether coach Erik ten Hag — who had a close working relationship with Overmars — would remain at Ajax.

‘Complicated’
The former international’s departure leaves a large hole at the Amsterdam powerhouse, with much of its recent successes attributed to Overmars and Ajax chief executive and former Dutch and Manchester United goalkeeper Edwin van der Sar.

“The successes at Ajax are linked to Overmars and Van der Sar. They were like Siamese twins,” Vermeulen said.

“That link is now been broken due to Overmars, which is making it utterly complicated for Van der Sar,” he said.

Said Van der Sar: “Marc and I have been playing together since the early 1990s, first at Ajax and then with the national team and we have been colleagues in the management of Ajax for almost ten years now.

“We were working on something very beautiful here, so this news will also be a blow to everyone who cares about Ajax,” Van der Sar added.