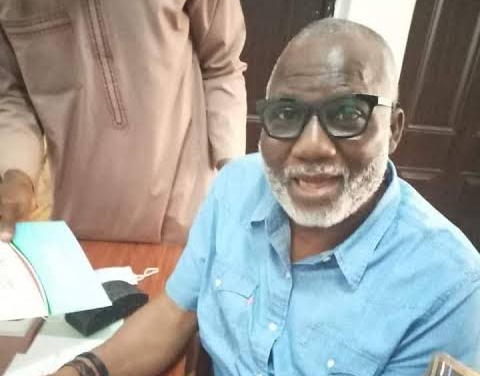 Gunmen have launched attack at the residence of gubernatorial candidate of the Labour Party, Lasun Yussuf Suleiman in Osun State.
This was confirmed in a statement posted on the official Twitter handle of the former deputy speaker of the House of Representatives.

According to him, the gunmen stormed his residence and started shooting sporadically.

At the time of filing this report, Newsupdates247 cannot independently verify if the Guber candidate was harmed during the attack.

Meanwhile, the latest attack is coming after Yusuf, who was twice a gubernatorial aspirant of the All Progressives Congress (APC) in 2018 and 2022, revealed last week Friday that his campaign team and office had been subjected to several attacks by thugs.

He added that the latest attack that made him to raise the alarm was the one which was carried out by suspected political thugs on his campaign office on Thursday.“I received intelligence that some political opponents are after my life and it has been confirmed by the received threats.“I call on security agencies to be on red alert as politicians seem to be deploying thugs to attack other political opponents like me,” he claimed

“I knacked him three times, tell him to pay me”- Guy confesses after thoroughly beaten [Video]