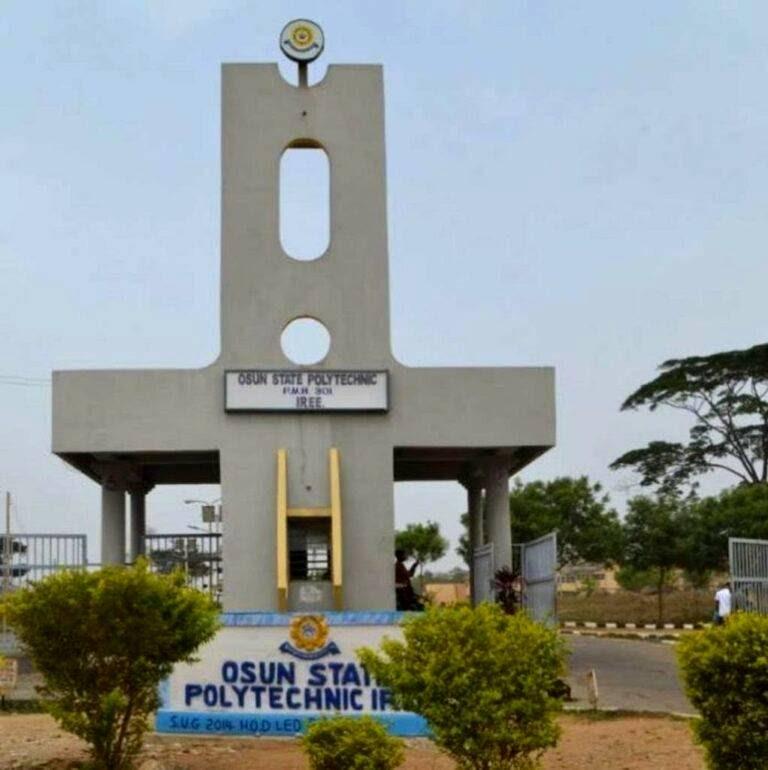 The Governor of Osun State, Senator Ademola Adeleke, has approved the reversal of the school fees of Osun State Polytechnic Iree to the initial amount prior to July 2022 Governorship election.

It will be recalled that the tuition fees for fresh students was increased from #67,850 to #112,850 for students offering science related courses while those offering management related courses were asked to pay #97,300 from the initial #57,300.
The reversal was approved after the students union leadership of the institution called the attention of the Government to the increment and appealed for it to be reversed.

However, Management of Osun State Polytechnic, Iree, has announced the suspension of the new fees approved by the eight Governing Council of the institution, for newly admitted students.
This is contained in a statement signed by A.O. Okediya, the Bursar of the Polytechnic.

The statement said the suspension directive, affecting only ND 1 and HND 1 students is in line with the directive of the State Government, through the Ministry of Education.
Okediya however said other categories of students who are not affected by the development should continue with their payments and registration as expected.

“Following the directive of the State Government, the new fee regime approved by the eighth Governing Council of the institution for the newly admitted students for the 2022/2023 Academic Session, has been suspended pending further directive from the State Government.
“Please note that this directive affects only the ND1 and HND1 students, other categories of students are expected to continue with their payments and registration as expected.” 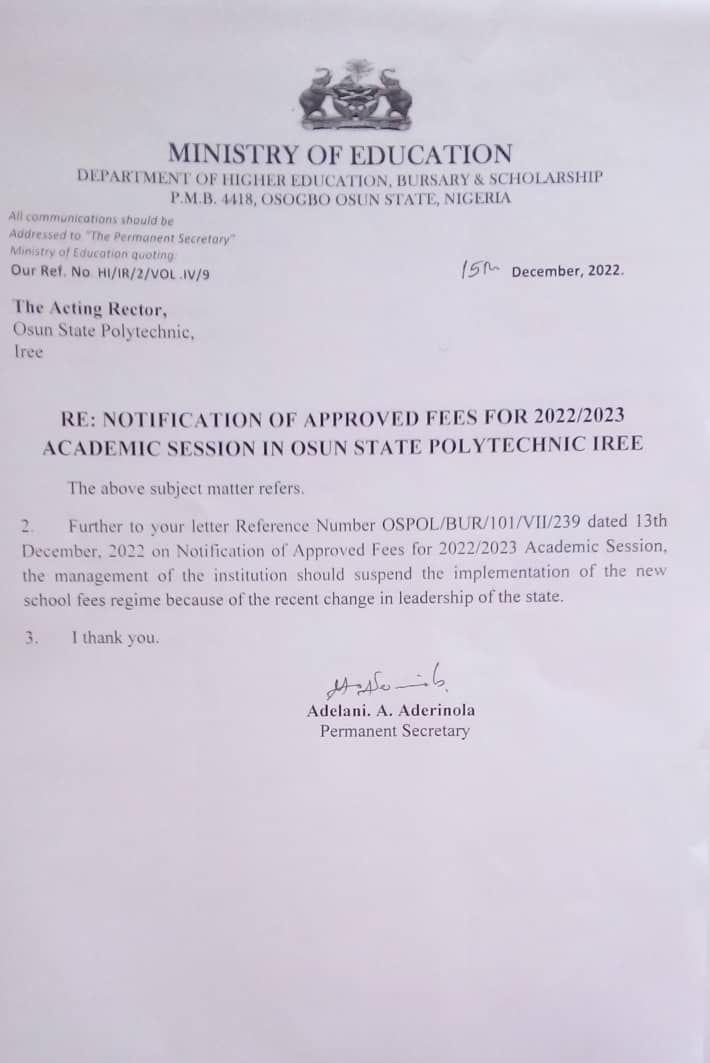