Two employees of the late gospel singer, Osinachi, on Tuesday told a Federal Capital Territory High Court in Abuja that her husband, Peter Nwachukwu verbally and physically abused her.

Mr. Adetunji Moses, a former Personal Assistant to Osinachi while giving his testimony led by the prosecution counsel, Yewande Gbola-Awopetu, alleged that on different occasions, Nwachukwu during rehearsals will refer to his wife as useless, lazy and indolent.
He said he worked with the defendant and his wife as a PA and also a key boardist from September 2018 to March 2021.

Moses alleged that he left because he could no longer bear the anger of the defendant which was most times directed at him.
“In 2018, we travelled to Enugu. I was informed by the people who invited us that Nwachukwu left strict instruction that nobody should be allowed to visit Mummy Osinachi.

“It was later I got to know that her family resided in Enugu and they were the reason he gave the instructions.
“On another occasion, we were to travel to Zimbabwe for ministration and that morning, Nwachukwu got into an argument with his mother-in-law who was visiting at the time and due to the altercation, we missed our flight.

“He tried to book us on another flight, but to no avail and on our way back from the airport, having missed our flight, it was a serious battle as Nwachukwu kept abusing his wife verbally.
“He told her that her family members were around to hinder our progress, to shut the door of the ministry and the blessings of God,” Moses alleged.

The former aide further alleged that the defendant during a programme in Lagos instructed him not to allow the deceased’s twin sister share the stage with her during ministration.
Moses stated that on a visit to Uyo for another ministration, a cheque was issued in the deceased’s name and the defendant followed her to the bank to transfer the money into his account before he paid the crew members.

“Some of the crew members like the bass guitarist got angry and left the group because of the defendant’s refusal to keep to the terms of their agreement which to pay them a percentage from every ministration,” he said.
During cross-examination, the defendant’s lead counsel, I.A. Aliyu, asked Moses if the deceased always complained about ulcer pains to him and he said yes.

Aliyu equally asked how close Moses was to the deceased as her PA. 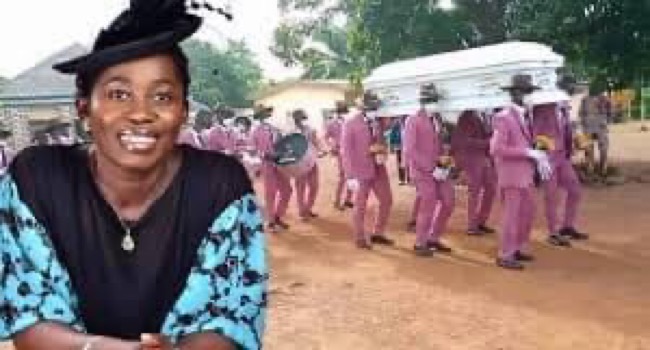 He said they had close interaction whenever they travel for ministration outside Abuja.
The counsel also asked him if he was angry with the defendant because he refused to increase his salary and Moses replied no.

Also giving evidence, Ms Blessing Iyamabe, hair stylist to Moses, 40, a resident of Abuja, alleged that sometime in 2013, when she went to the deceased’s house to make her hair, the defendant called his wife to give him her car key but Osinachi sent her son to give the defendant the key.
“The defendant got angry, came to where we were making the hair and slapped his wife.

“I witnessed another abuse in 2018. He came to my shop and slapped the deceased for not seeking his permission before coming to the salon,” she alleged.
She said on one occasion she had to follow the deceased to her daughter’s school to make her hair because of fear of the defendant.
She also alleged that she had to make the deceased daughter’s hair in a toilet at a mall because she needed to hide to avoid the defendant.

While cross-examining her, Aliyu asked the witness if she advised the deceased to ever leave the defendant, as stated in her statement to the police.
She responded that she gave her the advice because of the way the defendant was treating her.
When asked if she knew what led to Osinachi’s death, Iyamabe stated that she was told that she died as a result of throat cancer.

After listening to the testimony, Justice Njideka Nwosu-Iheme adjourned the matter until Thursday for continuation of trial.
Nwachukwu is standing trial on 23-count charge bordering on domestic violence and culpable homicide.
He is accused of been responsible for the death of the late gospel singer who was popularly known for her song “Ekwueme”.
Nwachukwu was arrested by the police after Osinachi died on April 8.