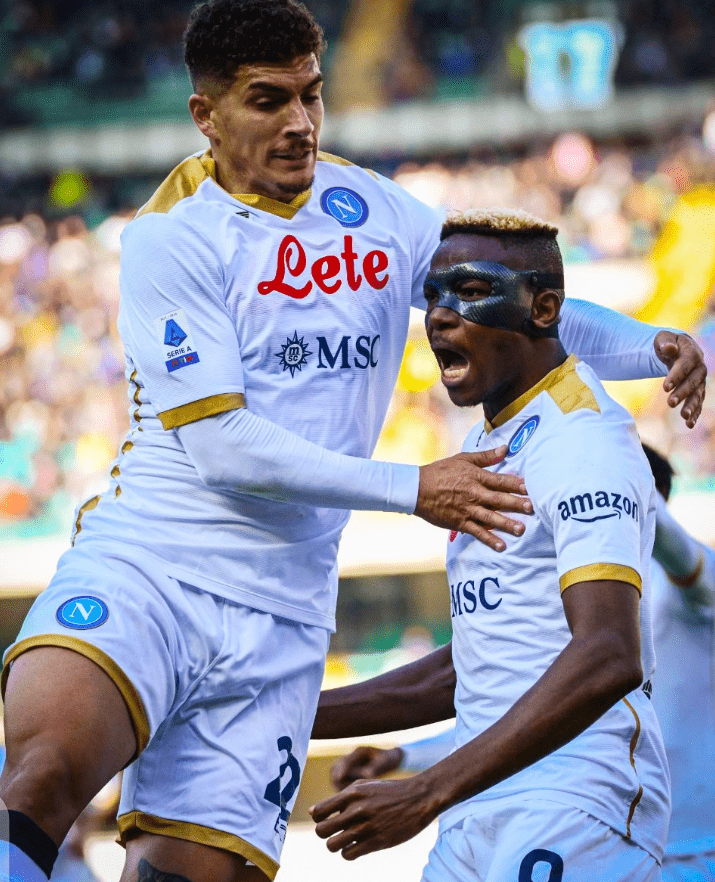 Italian football expert Mario Sconcerti has given his take on the raging debate regarding the better striker between Napoli’s record-buy Victor Osimhen and Juventus January signing Dušan Vlahović.

Serbian international Vlahović is building an impressive profile as a prolific forward. The 22-year-old has already smashed three goals in six games for Juventus after netting 17 times for Fiorentina in the first half of the campaign.

Last year, the former Partizan Belgrade goal-king won the Serie A Young Player of the Year award after hitting an astonishing 21 goals.

Osimhen, though, is built differently.
The Super Eagles ace has managed to combine power and pace to a seemingly endless bank of energy source that has made him a constant terror to defenders in the Italian top-flight.

Despite being out of action for over two months due to injury, the former Lille lad has 13 goals in all competitions and has won six penalties for Napoli.

At the weekend, he was the match-winner for the Neapolitans, as he scored both goals in the 2-1 defeat of Verona.

And for Sconcerti, who is impressed by the Nigerian’s excellent heading ability, Osimhen is a more unpredictable foe for defenders than Vlahović, even if the Juventus man is more prolific.

“Osimhen is a fury, who also has rock-solid foundations,” Sconcerti told TMW Radio, as per Tutto Napoli, when asked to compare the two youngsters.

“Vlahovic scores more goals, but Osimhen is more unpredictable. The opponents still have to get used to him, but as a danger, they are very close.

“And what surprises me is that he (Osimhen) does not need the third attempt (to score) from headers, and he also jumps from a stop.”

Sconcerti is not the only one who rates Osimhen more than Vlahović.

Chairman of the Italian Football Managers’ Association Renzo Ulivieri earlier revealed his admiration for Osimhen and Vlahović while admitting that the Super Eagles striker has a little more in his arsenal than the Juventus boy.