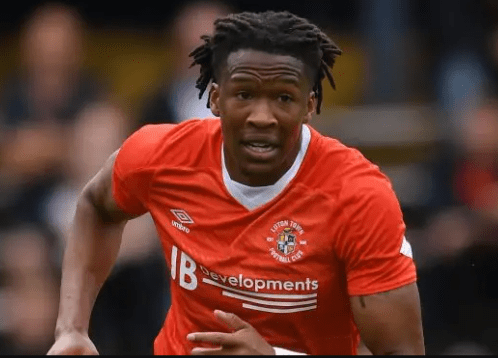 Championship side Luton Town delivered a performance full of guts and grits, but it was ultimately not enough as they fell 2-3 to world champions Chelsea in the fifth round of the Emirates FA Cup at Kenilworth Road in Bedfordshire on Wednesday.

Reading-born defender of Nigerian descent Gabriel Osho was impressive at the heart of Luton’s three-man defence. Still, the 23-year-old could not stop  Thomas Tuchel’s men from coming back twice to win an entertaining encounter.

The Championship minnows were the big underdogs against the European and world champions. Still, they showed no nerves as they held their own in the opening half against their illustrious opponents.

Osho marshalled the home side’s defence to keep the attacking trio of Romelu Lukaku, Timo Werner, and Mason Mount at bay during an interesting first half.

And even though Saul Niguez broke through to score for the Blues in the 27th minute, goals from Reece Burke and Harry Cornick gave Luton Town the advantage at the break.

The Hatters held on for the first 23 minutes into the second period before Timo Werner broke their resistance with the equaliser to make it 2-2.

It did not turn out to be a giant-killing night for Osho and Luton Town, though, as Chelsea showed their class with Lukaku netting the Blues’ winner 12 minutes from time.

Earlier in the evening, Fatih Karagumruk lost 1-0 to Sivasspor to end their win in this season’s Turkish Cup.

Ahmed Musa started for Karagumruk after his goalscoring performance at the weekend as he faced fellow Super Eagle Olanrewaju Kayode, who was also in the starting eleven for Sivasspor.

But it was the Nigerian national team captain who ended up on the losing side, as Mustapha Yatabare’s 70th-minute effort saw Sivasspor advance to the next round of the tournament.