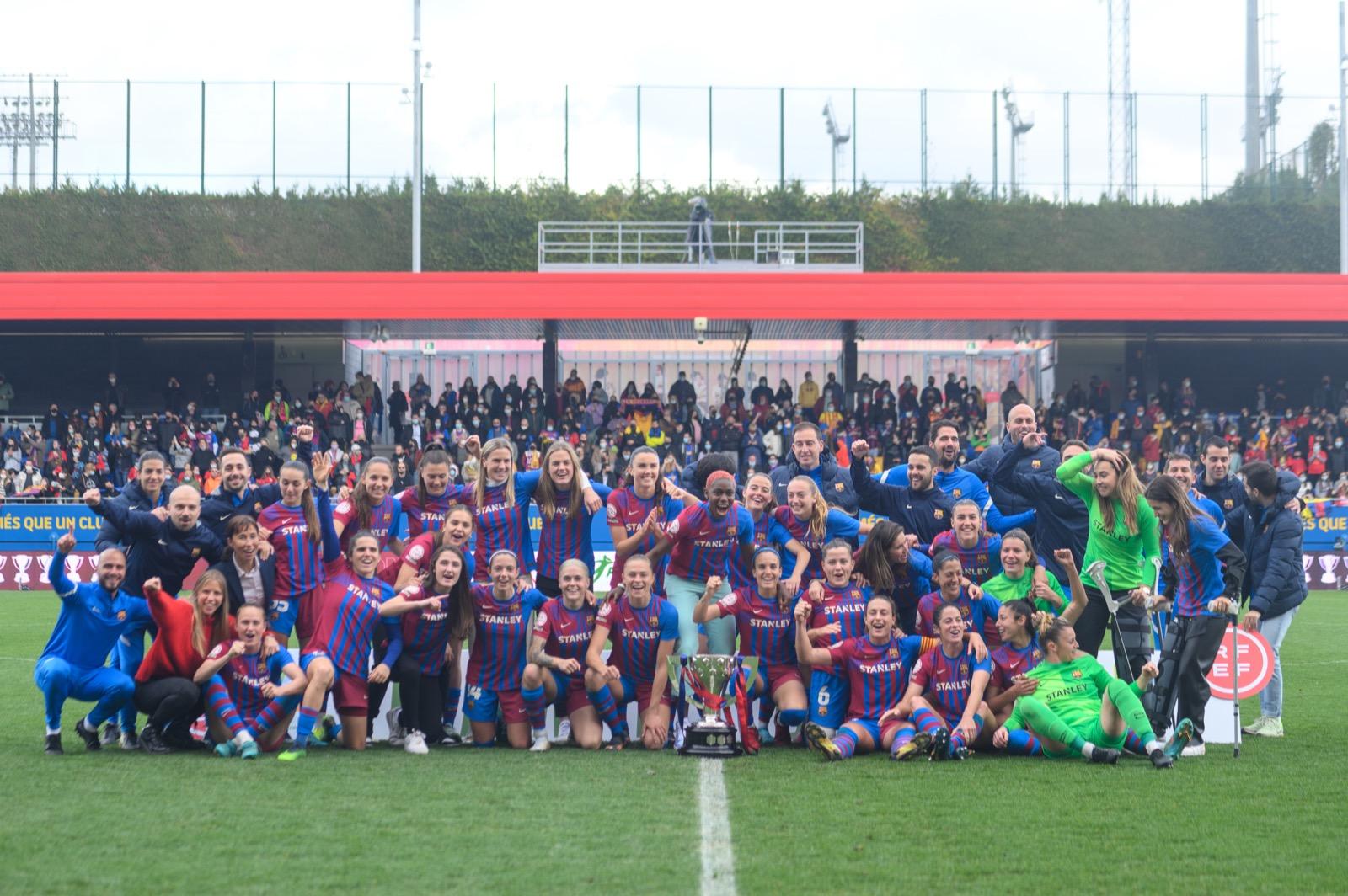 Asisat Oshoala was not involved on Sunday but her 19 goals in 16 games were vital to Barcelona emerging champions again.

Barcelona Femeni conducted and completed business against Real Madrid on Sunday, drubbing their rivals 5-0 on their way to the Spanish League title.

The game became a one-team affair afterwards as the defending champions hit three more past Real Madrid to emerge league champions for the second time on the bounce.

Oshoala, last week signed the dotted lines on a new two-year contract as reward for her very impressive season with Barcelona.

The Super Falcons captain scored 19 goals and had three assists in 16 games in the just concluded season, in what’s her best return yet since she got to Europe.

While she wasn’t in action as Barcelona hit Real Madrid for five, she joined in the celebrations of the title at the end of the game.