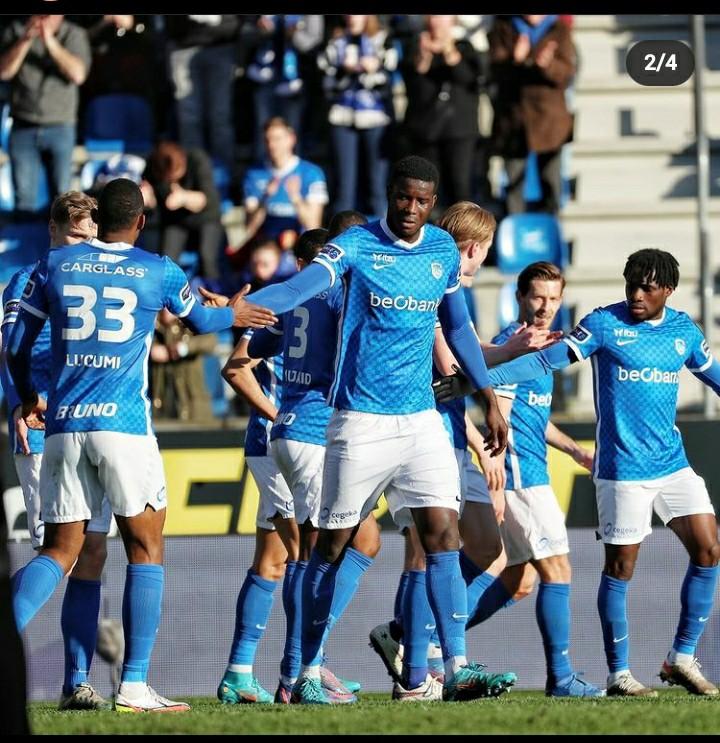 The Smurfs are nowhere close to their heights of last season, but Onuachu wants to help his side salvage something from the season

Super Eagles star Paul Onuachu has revealed that he is not interested in becoming the highest goalscorer this season. Instead, he wants to ensure that Genk finish in a decent position in the Belgian Jupiler League.

Compared to last season’s heights, this season has been disastrous for the Smurfs. They failed to defend their Belgian Cup title after being knocked out in the round of 16 by Club Brugge.

Also, Genk have been poor in the league. They currently sit eighth and are in danger of missing out on the championship playoffs, as they are eight points below the last playoffs spot.

Nevertheless, Onuachu has had a brilliant season. Although he has struggled with injuries, he has still churned out 16 goals and three assists.

The Nigeria international was the highest goalscorer last season. But this season, he is five strikes away from the top spot. However, he is not perturbed by that, as he is only concerned with his team’s progress.

“To be honest, I’m not working on that,” Onuachu told Het Belang Van Limburg.

“I am happy with the number of goals that I have already collected.

“Well, sixteen is not wrong, especially if you consider that we currently only eighth. I’m happy with that.

“My ambition is to score weekly and thus help the team to the necessary points. We’ll see how far I get with that.

“This season is far from over. When I look at the classification, Play-Off 2 also promises to be a tough job. The competition will not be underestimated. But we are in the good flow, and we have to keep it up.” He added.

Onuachu was brilliant for Genk on Sunday, scoring one and assisting another to help them to a 2-0 victory over Kortrijk. With five games left, he would hope that he and his teammates continue to churn performances like that to ensure a decent finish by the end of the season.

Nigeria vs Ghana: What to expect in the massive 2022 World Cup playoff games