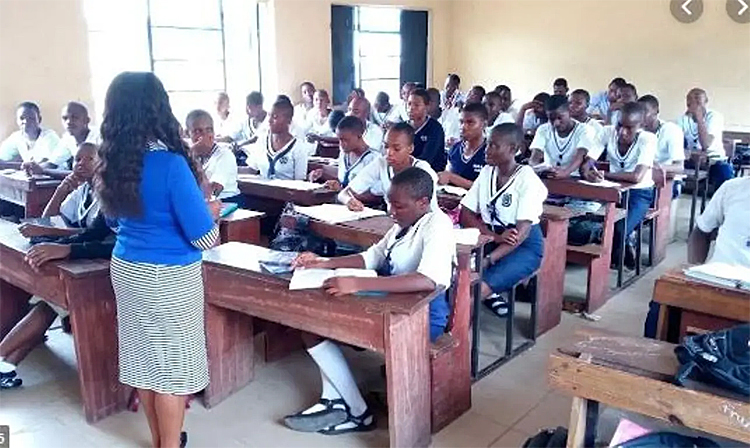 Ondo State Governor, Mr Oluwarotimi Akeredolu (SAN) has extended a gesture to parents whose wards are in final year classes in public schools in the State. He has approved funds  for the payment of the 2022 West African Senior Secondary Schools Certificate Examination (WASSCE) registration fees.

Details of the approval, as announced by the state Ministry of Education indicate that only students in Senior Secondary School class three, in all Public Secondary Schools in the State are to benefit.

The Ministry of Education, Science & Technology confirmed the receipt of Mr. Governor’s approval of a sum of N515 Million Naira to cover the registration fees for all eligible Candidates and WAEC Charges for all Public Secondary Schools across the State.

The Commissioner, Mr Olufemi Agagu described the gesture as historic and thanked the Governor for his magnanimity.

According to him, the gesture was borne out of Mr. Governor’s desire to uplift the standard of education in the state, as well as his resolve to assist indigent students in achieving their educational pursuit.

Mr Agagu noted that the gesture would go a long way in ameliorating the burden of parents, and urged all stakeholders to support the Governor in his efforts at uplifting the standard of education in the State.

The Government, earlier this year approved and paid in full, the 2021 WASSCE registration fees for all SS3 students in Public Secondary Schools in the State.

It was gathered that not less than 15 thousand students spread across 180 public secondary schools are expected to benefit.

Further checks in the State revealed that each student in private secondary schools is expected to pay between N60 thousand and N80 thousand before such can be registered for the external examination.

The State Government has made it clear to parents whose children attend private institutions that its regulatory control of such institutions do not cover payment of fees.

Advertisement
Related Topics:2021ONDO
Up Next

DELSU accused of collecting N4,000 for school magazine from students