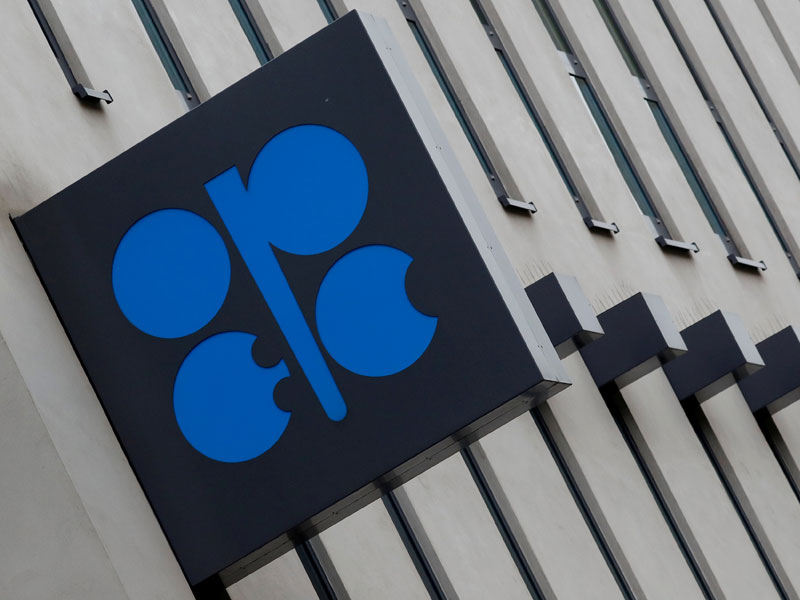 Crude oil price on Wednesday continued its upswing as Brent, Nigeria’s benchmark crude, rose above $113 per barrel for the first time in close to eight years. This was as the Organisation of Petroleum Exporting Countries (OPEC) resolved to continue the addition of a measured volume of 400,000 barrels per day, agreed with its allies, OPEC+, in August last year.

The producers’ group, which decided on the quota for member countries for April, allocated Nigeria 1.735 million barrels per day as its production for next month. But it remains doubtful whether Nigeria would be able to meet its allocation for the month, having consistently, for close to a year, been unable to supply the global market with its required volume.

Last month alone, the country recorded a deficit of over 300,000 barrels per day, even though the total quantity of oil it drilled for that month, roughly 1.4 million bpd, was its best in several months.

The increasing crude oil price also implies that the controversial subsidy payments in the country would rise when the computation for this month is done, since the pump price of petrol in Nigeria, which does not refine a drop of the product, has a positive relationship with the international crude oil prices.

Although by now, Nigeria should be saving as much as $50 per barrel that it sells, the reverse appears to be the case, as the cost of under-recovery continues to soar.

Furthermore, due to the challenge, last month, the oil company failed to remit any money to the federation account, a development that would definitely hamper the ability of sub-nationals to meet their financial obligations.

However, aside Brent, which exceeded $113 per barrel, recording over 7.69 per cent hike at the time of writing this report, West Texas Intermediate (WTI), the United States benchmark, also surged to $111.24 per barrel, with about 7.57 per cent increase.

It came as Russia’s flagship crude oil, which was offered for sale at a record discount, got no bidders, the latest indication that trading of oil from the country’s western ports is grinding to a halt.

But despite the tightening global oil market, OPEC Wednesday resisted pressure from the United States and some of its allies to increase supply, although prices were already under pressure before the Russia invasion of Ukraine last week.

Though the United States and other member states of the International Energy Agency (IEA), in a bid to cool prices, announced a strategic oil reserve release, so far it has done little to tame rampaging oil market prices.

Despite calls to ramp up production, OPEC alliance kept additional output at 400,000 barrels per day.

However, it did not come as a surprise to those who followed activities of the oil cartel closely, since the producer group had insisted that supply was not the problem. OPEC alone accounts for around 40 per cent of the world’s oil supply.

OPEC stressed, “The current volatility is not caused by changes in market fundamentals, but by current geopolitical developments.”

“OPEC reiterates the critical importance of adhering to full conformity and to the compensation mechanism taking advantage of the extension of the compensation period until the end of June 2022.”

The Sanusi Barkindo-led organisation stated that compensation plans should be submitted in accordance with the earlier agreed procedure, and it scheduled its next meeting for March 31.

However, in spite of the deteriorating fuel supply situation across the country, the NNPC yesterday said it currently has over 1.7 billion litres of the product in stock.

Speaking on the sidelines of the Nigeria International Energy Summit (NIES), which entered its fourth day Wednesday, Group Managing Director, NNPC, Mallam Mele Kyari, told journalists that the situation was being worsen by motorists who are buying more than they require.

The NNPC boss noted that loading across the nation was now taking place 24 hours a day, explaining that the company has enough volume to meet the country’s current demand.

“We want to assure Nigerians that we have adequate supply of petroleum products. Currently, we have over 1.7 billion litres of petrol, both marine and land, and that also means that we have capacity to load from all depots.

“We have several loading points in all depots. This will ensure that spaces (gap) created by panic buying, which is what you are seeing in the fuel stations, today will be filled,” he stated.

Kyari argued that typically, people in the kind of situation Nigeria had been confronted with, would ordinarily buy in excess of what they need, opining that additional supply would resolve address the situation. “I am very sure very soon, you will see relief on this,” he assured.

He emphasised that neither the government nor the NNPC had any plan to adjust the pump price or ex depot prices of petrol, and therefore called on marketers to sell at the prices approved by government.

He stated that the NNPC was engaging the unions in the industry and have agreed that NNPC and the midstream/downstream authority will carry out necessary sanctions on anyone found doing underhand business.

“We have no shortage in the country, cars are taking longer to buy. We sincerely apologise for the pain but we will get out of this soon,” he said.

He urged motorists to trust the NNPC that it has adequate supply in-country, stating that the panic buying remains the problem. “Let them make sure they don’t buy what they don’t need because when they come back, they will still find petroleum products,” he said.

The GMD said soon the directive not to sell petrol in jerry cans would be relaxed, noting that the decision was taken to ensure safety in the filling stations and to avoid overcrowding.

“The problem is that those who will ordinarily buy N3,000 are buying N13,000”, he said, adding that it was slowing down the system.

Kyari noted that although supply disruptions cannot be stopped totally, recovery time remains very critical. According to him, the NNPC was working with the security agencies to ensure that black marketers stop inflicting hardship on Nigerians.

Earlier, while speaking during the main programme, the NNPC GMD noted that for over 50 years, investment in the oil and gas industry had been stifled because the right framework was absent.

“This is an energy company and enabler, a company for all of us. But more importantly, the company that is expected to support energy security.

“And that can’t work except we collaborate and have the right climate. I’m sure all of us are aware of the struggles that we’ve had, getting the right kind of fiscal and regulatory framework in place to make sure that companies perform in the best manner possible and in the best business environment that is possible.

“And whether intended or not, that took its impact and took its toll. And it’s very visible in our recent history, in the sense that in the last 10 years, investment inflows into Sub Saharan Africa and our country was probably about $3 billion to $5 billion.

“And that’s why the cumulative effect is that that’s under-investment, there’s lack of growth. And of course, it produced some other results. Part of it is that many of our partners now in all their ramifications, nobody invested substantially, even for new projects.

“Many of these structures now, when you look at them, you think you are in the war front, and also many of them look like museums. And I think they’re not designed to function, even in the best of companies,” he said.

He stated that with the passage of the new legislation, which he said was resisted in the past because people did not want to lose influence and control, there is now an opportune moment to turn things around.

With the new law , which has made the NNPC a commercial company that will deliver dividend to its shareholders, Kyari assured that the company would take off fully in July of this year.

“The combination of this means that this company must operate in the world class standards, must be fully automated, must imbibe transition and must recognise the necessity for energy transition,” he stated.

He stated that the company was shopping for the right partners, noting specifically that Nigeria’s gas resources must be developed as a transition fuel.

He explained that the upstream industry was facing challenges that require the need for mass data in high-precision reservoir modelling and surveillance.

“ Hence, the key challenge for service providers in producing oil companies is to demonstrate the value that gathering additional data will bring to the asset. So, it is not just about gathering more data, but equally about the Value of the Information (VOI) from the data gathered,” he argued.