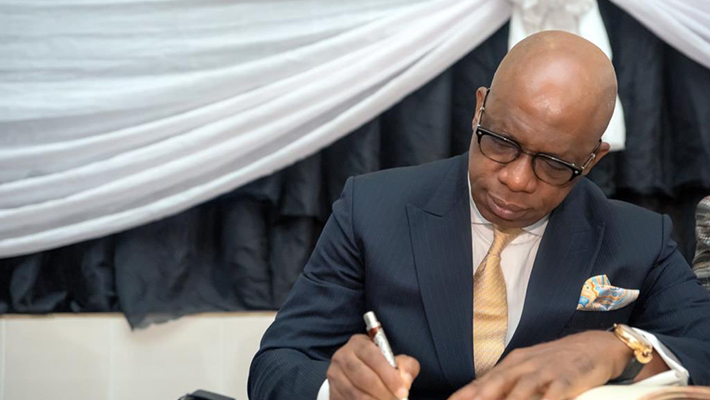 As part of efforts to bring development to the people through infrastructure, the Ogun State Government has approved the construction of 54. 1 kilometres of roads across the three senatorial districts.

This was disclosed by the Commissioner for Works and Infrastructure, Ade Akinsanya, who listed the roads to include, the 24.5 kilometres Ilaro-Iwoye-Owode in Yewa South LG.

He noted the road had earlier been awarded to a contractor by the immediate past administration, albeit with a slow pace of construction.
He further mentioned that the 24km Ikenne-Ilishan-Ago-Iwoye road which cuts across Ikenne, Odogbolu and Ijebu-North LGs, the 3.8km Togunrin-Tigara Agodo road, Ogun Waterside, as well as 1.8km Esure-Mushin Road, Ijebu- East Local Government Areas, are to be constructed.

Akinsanya who described road infrastructure as a catalyst for socio-economic development noted that the newly approved roads had been abandoned for years, adding that the Dapo Abiodun-led administration would leave no stone unturned to alleviate the sufferings of the residents.

The Commissioner said the roads when completed would serve as a link to the neighbouring communities, attract investors to the State and improve economic activities, to provide jobs either directly or indirectly to over 3,000 people in the area.
“The impact of the roads will be felt across the State for socio-economic development and individual prosperity. I am optimistic that within the time frame of the road construction, no fewer than 3,000 persons would have been gainfully engaged,” Akinsanya stated.

He further said that over 2,000 kilometres of roads had been awarded, completed, and commissioned by the present administration.
These roads, according to him, include14 Kilometers Ijebu-Ode- Mojoda-Epe, forty-two kilometres Abeokuta-Siun-Sagamu Interchange, four kilometres Ikola/ Navy-Osi Ota and Raypower, four kilometres Idi Aba-Elite-Oke-Lantoro roads, among others.

Meanwhile, residents and motorists of Kemta-Somorin have commended Governor Abiodun for embarking on road projects in the area as well as other parts of the state.
In their separate remarks, the Chairmen, Cab Drivers Association and Amalgamated Commercial Motorcycles Riders Association of Nigeria. (ACOMORAN), Kemta Somorin, branch, Messrs Jamiu Olatoye and Taiwo Oluwaseyi, said the project had given a boost to trade and reduced the cost of vehicles maintenance.

Also speaking, a resident, Mrs Ronke Adeleke pointed out that the road upon completion would bring succour to the people and decongest the usual traffic along Obantoko-Ibadan road and serve as an alternative route for travellers.
In his remarks, the Project Manager, Hitech Construction Company, Mr Marc Semaan assured that the project would be delivered in record time, saying necessary machinery was in place with the support of the government to deliver standard roads that would stand the test of time.

He also appreciated the residents of the area for their cooperation.