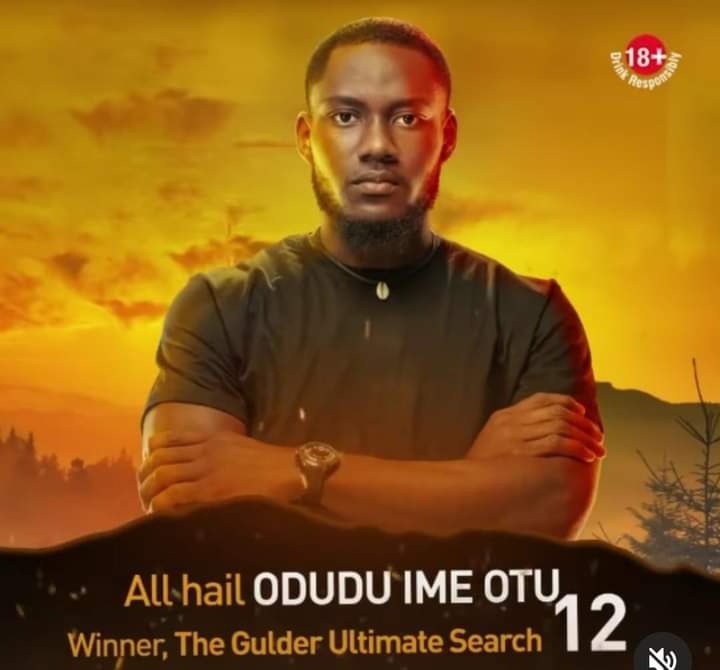 Odudu Otu has emerged as the winner of the 2021 Gulder Ultimate Search (GUS).

Odudu emerged winner after finding the chest which contained the secret of the proverbial Akolo’s secret brew.

This year’s edition of the show, themed ‘The Age of Craftsmanship’, involved a total of 18 contestants.

Odudu was one of the last four enlisted and was only confirmed to join the rest on the unveiling day.

He was a member of the Iroko clan which included Damola, Yankari, Esitima, Tobechukwu, and Gerald.

Gerald was one of the first to be evicted while Esitima found three boomerangs, making it to the top seven.

As the winner of the GUS 2021 season, Odudu is also to receive an SUV and a return ticket to Dubai.

The survival reality show had premiered back in 2004 and is currently in its 12th season.