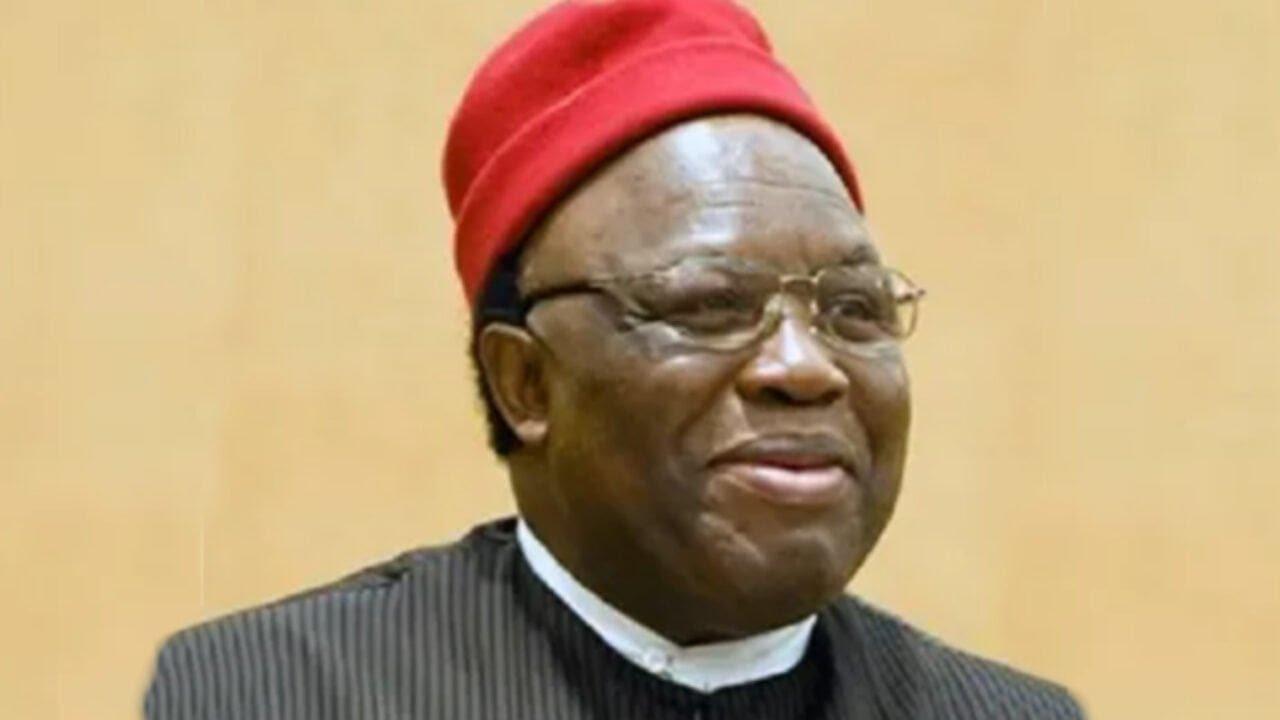 Former Governor of Abia State and Chief Whip of the Senate, Dr Orji Kalu; Senator Theodore Orji and Senator Enyi Abaribe have described the death of President-General of Ohanaeze Ndigbo, Prof. George Obiozor, as a colossal loss to the nation.

Extolling the virtues of the late envoy, Kalu who is also the senator representing Abia North stressed that Obiozor made invaluable contributions to nation-building in various capacities.

Kalu noted that the late diplomat was a nationalist with a passion for the growth and progress of Nigeria, adding that his wise counsel and intellectual contributions to global discourse will be greatly missed.

In his tribute to the late Obiozor, the former governor emphasized that the deceased was a rallying point for his contemporaries and the younger generation, many of whom seek counsel and advice from him.

Kalu said, “it is with a heavy heart that I mourn the demise of President General of Ohaneze Ndigbo, Prof. George Obiozor.

“The passing of the envoy is a big loss to Nigeria and the international community in view of the robust roles the late diplomat played at the sub-national,  national and global levels.

“His intellectual contributions to global discourse were enormous and worthy of commendation.

The personal attributes of the deceased were anchored on fairness and equity.

He was a strong advocate of a fair and ideal society anchored on credible leadership and good governance.

“The late President General lived a purposeful life and left behind remarkable legacies for his family, loved ones and leaders to uphold.”

Kalu commiserated with Ndigbo, the government and the people of Imo State while praying to God to grant the late statesman eternal rest.

Also expressing his pain on the death of Obiozor, Theodore Orji of Abia Central regretted that Obiozor died at a critical time his advice is much needed by Ndigbo.

In a statement by his Liaison Officer, Ifeanyi Umere, Orji said, “I commiserate with the family, Ohanaeze Ndigbo as a group and Ndigbo in general on the loss of such a great man whose wisdom and knowledge and advice is so much needed at this time of the country’s history.”

He urged Ndigbo to continue to work together in unity which was what Obiozor stood for while alive.

According to the Senator representing Abia South, Enyi Abaribe, “Ndigbo have lost a great leader, an erudite man of letters, a sound intellectual and passionate defender of our interests.”