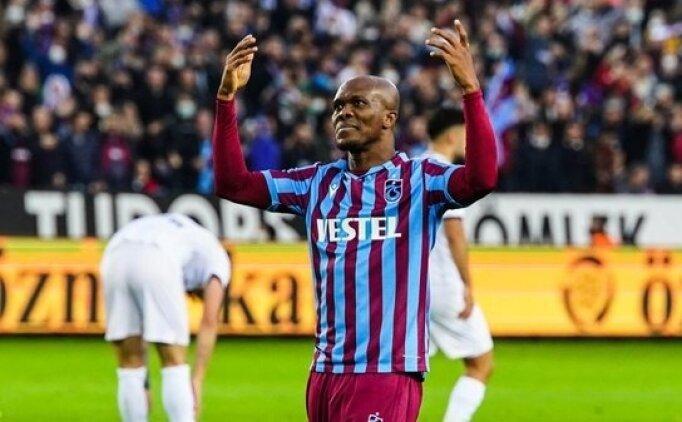 Anthony Nwakaeme had his scoring form truncated as Trabzonspor defeated Antalyaspor in the quarterfinal of the Turkish Cup.

The one-cap Super Eagles attacker was left on the bench for the entire duration of the game in a game that saw the Black Sea Storms dig deep.

Antalyaspor held Trabzonspor for long spells in the game but relinquished their strong resolve in the 89th minute. Turkish defender Berat Özdemir sealed the league leaders’ victory a minute before regulation time.

Nwakaeme was on a strong streak heading into Tuesday’s fixture as he scored five goals in his last three games.

Goals against Konyaspor, Alanyaspor and  Kayserispor helped Nwakaeme finish February on an impressive note. The Nigerian has scored nine goals and has racked nine assists in 21 league games this season.

Trabzonspor are on course for a domestic double, currently leading the Turkish Super Lig with 66 points, 17 points ahead of second-placed Konyaspor.