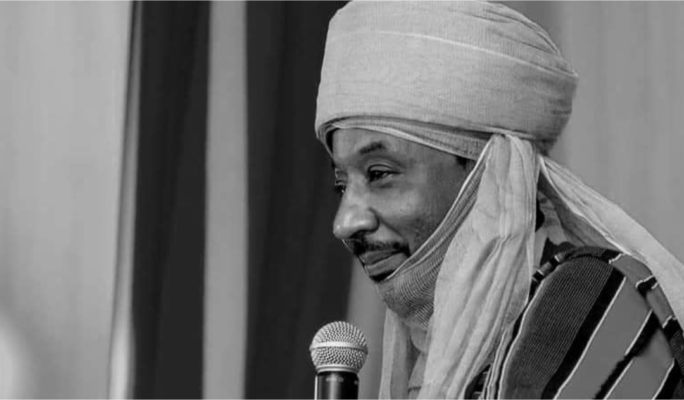 Dethroned Emir of Kano Muhammadu Sanusi ll says plans must now be put to deploy technology in the education of girl-children in the North as their parents are no longer predisposed to releasing them to schools due to security concerns.

Mr Sanusi lamented that the impact of banditry on girl-child education in Northern Nigeria has set the region backwards by “40 to 50 years.”

“Unfortunately, kidnapping and banditry in the North have set girl-child education in the North backward by 40 to 50 years,” Mr Sanusi said in an interview with Arise TV on Friday.

“These are parents who are not going to send their girls to school over security and safety concerns, so how do we use technology to deliver education to girls in their homes,” he added.

Mr Sanusi married an 18-year-old as his fourth wife during his disrupted reign, a development that attracted much public criticism.

He says with the prevailing security challenges, technology is only way to reach a region with lukewarm approach to education.

“Technology makes it easier to take the education to the girl-child than get her parents to risk bringing her out where she can be kidnapped.

“Where a girl can sit in her father’s home and receive an education, these are things we should be thinking about,” he said.

Northern Nigeria has witnessed series of mass abduction of school children by terrorists and bandits in the last decades.

Since 2014, when Boko Haram terrorists first raided a government school in Chibok, a community in Borno State, abducting over 270 schoolgirls, many more mass abductions have been carried out by the brigands.

In 2018, Boko Haram abducted over 100 schoolgirls in Dapchi, Yobe State. But, while other students were later released, Leah Sharibu, who refused to renounce her Christian faith has remained in captivity.

More recently, over 300 schoolgirls were abducted from Government Secondary School, Jangebe in Zamfara. They were, however, released after the government negotiated with the bandits.