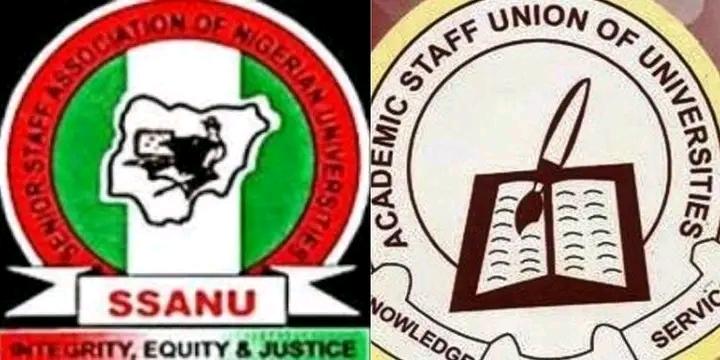 The Academic Staff Union of Universities and the Senior Staff Association of Nigerian Universities have described the report where the National Information Technology Development Agency said the University Transparency Accountability Solution proposed by ASUU and the University Peculiar Personnel and Payroll System by SSANU failed integrity tests as a political and unofficial statement.

The PUNCH had reported that last week, the announcement was made by the Chairman, National Salaries, Incomes and Wages Commission, Ekpo Nta; representatives of the National Information Technology Development Agency and other top government officials at a meeting, saying the Integrated Payroll Personnel Information System also failed the test.

Speaking with our correspondent in an interview, the national president, ASUU, Prof. Emmanuel Osodeke called on the Federal Government to deplore the service of a neutral organisation to conduct the tests on the payment solution systems.

Osodeke and national Vice-President, SSANU Mr Abdussobor Salaam, stated that they were not privy to the results of the test and as such they would take it as speculation.

Osodeke criticised NITDA for finally admitting that IPPIS, which it had been using for the past 16 years also failed the test.

‘‘It is a political statement. This is a test we finished two months ago, they didn’t give us results. Thank God they agreed that IPPIS which they have been using for the past 16 years failed a test conducted by the same government using it. Let government produce the results e ‘‘We ask for a neutral company to do the test, if we are able to do that the real result will come out. We scored 99 per cent in the first test because we were given the result day by day. But this one which was conducted two months ago, they refused to give us results.’’