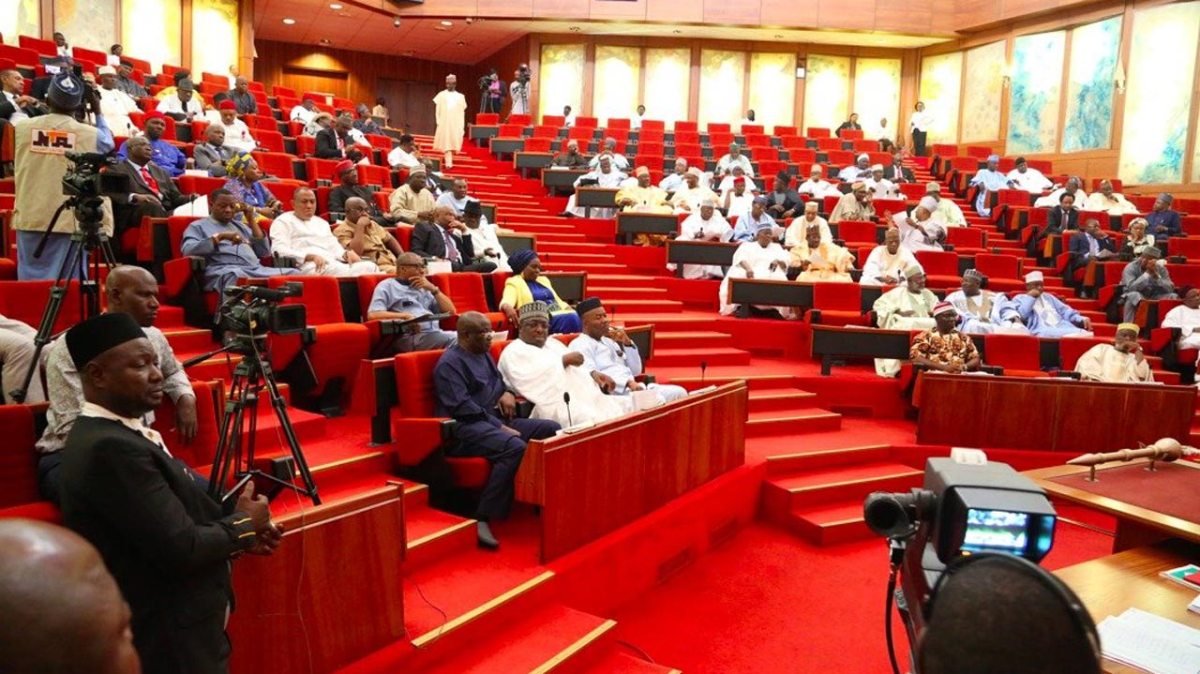 on Tuesday voted on the report of its Joint Committee on the Review of the 1999 Constitution (Fifth Alteration) Bills, 2022, which consisted of 68 bills.

The Senate passed a total of 49 bills out of the 68 considered during voting on the Constitution bills. These included moving prisons, railways and power generation from the Exclusive to Concurrent list.

Also, the federal lawmakers at the end of the exercise, approved financial autonomy for state legislatures, judiciary and local governments (LGs) in the country.

The eight National Assembly had during the amendment carried out on the 1999 Constitution, passed similar bills to empower the LGs, state legislature and the judiciary, but could not scale through when they were transmitted to the state assemblies for concurrence.

Probably disturbed by the development, President Muhammadu Buhari had on Friday, May 23, 2020, signed into law an Executive Order to grant financial autonomy to the legislature and the judiciary across the 36 states of the country. The order also mandated the Accountant-General of the federation to deduct from source amount due to state legislatures and judiciaries from the monthly allocation to each state for states that refuse to grant such autonomy.

The Executive Order No. 10 of 2020, made it mandatory that all states of the federation should include the allocations of both the legislature and the judiciary in the first-line charge of their budgets.

The Attorney-General for the Federation and Minister of Justice, Abubakar Malami had said a Presidential Implementation Committee had been constituted to fashion out strategies and modalities for the implementation of financial autonomy for the State Legislature and State Judiciary in compliance with section 121(3) of the Constitution of the Federal Republic of Nigeria, 1999 (as Amended).

He had also said consideration was given to all other applicable laws, instruments, conventions and regulations that provided for financial autonomy at the states.

However, in a split decision of six Justices to one, the Supreme Court, had on February 12, 2022, nullified Executive Order 10 initiated by Buhari to grant financial autonomy to the State Judiciary and legislature.

The apex court had held that Executive Order 10 was inconsistent with the 1999 Constitution and therefore unconstitutional, illegal, null and void and of no effect

Rafsanjani said, “We in the CSOs are really not excited over the issue. We believe that the governors would once again influence the state legislature to reject the bills despite the fact that it would be in their favour.”

They equally turned down attempt to empower presiding officers of the legislature to enjoy life pension.

Both Senate and House of Representatives Special Ad Hoc Committees on the Review of the 1999 Constitution, last week laid its report and recommended 68 amendments.

The recommendations were based on private members, executive bills and memoranda received from the public during its zonal public hearings. Out of the 360 members in the House, as at commencement of voting, 290 members were present in the chambers.

While one voted against, 286 voted in support of the bill to alter the provisions of the constitution to abrogate the state joint local government account and provide for a special account into which shall be paid all Allocations due to LGs from the Federation Account and from the Government of the State, surpassing 240, the two third majority needed for the passage.

Also, 258 members voted in support of the Bill for an Act to Alter the Provisions of the Constitution of the to establish LG as a tier of Government and Guarantee their Democratic Existence and Tenure.

For the Financial Independence of State Houses of Assembly and State Judiciary, 296 members voted in favour of the proposal.

They also approved a bill to provide for the Office of Mayor for the Federal Capital Territory Administration Abuja. 245 lawmakers voted in support while 53 voted against.

Other proposals the lawmakers voted in support of included, “a bill for an Act to Alter the Provisions of the Constitution of the Federal Republic of Nigeria, 1999 to Move Airports from Exclusive Legislative List to the Concurrent Legislative List, a Bill to Establish State Security Council; and for Related Matters, to Empower the National Assembly and State House of Assembly Powers to Summon the President of the Federal Republic of Nigeria and Governors of States to answer Questions on issues on which the National and State Assembly have the Power to make Law, a Bill to reduce the period within which the President or the Governor of a State may authorize the withdrawal of Monies from the Consolidated Revenue Fund in the absence of an Appropriation Act from six months to three months.

On the other hand, the National Assembly turned down the Bill for an Act to Alter the Provisions of the Constitution of the Federal Republic of Nigeria, 1999 to Provide Pension for Presiding Officers of the National Assembly. While 102 lawmakers voted in support, 103 voted against the recommendation which would have made the current Senate President, Lawan and Speaker, Gbajabiamila and their Deputies beneficiaries.

They also rejected the Bill for an Act to Alter Part I of the Second Schedule to the Constitution to include Value Added Tax (VAT) on the Exclusive Legislative list.

VAT issue has been in contention between the federal and state governments over who should be collecting it and how it should be shared. In all, 209 members voted against it, while only 91 voted in support, thereby taking it out of the purview of only the federal government.

The lawmakers, sadly killed three bills seeking more inclusion of women in elective positions. The bill for an Act to Alter the Provisions of the Constitution of the Federal Republic of Nigeria, 1999 to Provide for Special Seat for Women in the National and State Houses of Assembly, had 208 members voting against the amendment with only 81 supporting.

Similarly, the second bill seeking for Affirmative Action for Women in Political Party Administration was equally rejected by majority of the lawmakers despite appeals by the Speaker, Hon. Femi Gbajabiamila.

During consideration of the bill, PDP lawmakers Bamidele Salam from Osun state and Dachung Bagos from Plateau state, suggested that the 35 per cent affirmative action should be reduced to 15 per cent.

While 195 lawmakers agreed with Salam’s amendment, 107 voted against it. Gbajabiamila called for repetition of the process appealing to his colleagues to support the bill, saying women are the ones that come out en masse to vote during elections. However, his appeals were not heeded to and he thereafter vowed to expose those who voted against women bills.

He said, “Following existing statistics it is women that come out en masse to vote. It is the same women who come out in mass to vote for us. You are now here voting against their interest? I am going to publish those who voted against this particular bill.”

The third bill seeking to provide for a Minimum Percentage for Women in Ministerial or Commissioner Nominees was also rejected by the Lawmakers, despite pleas from Gbajabiamila, the Deputy Minority Leader, Hon. Toby Okechukwu and Chairman Committee on Defence, Hon. Babajimi Benson for them to support the Bill.

The Speaker, however amended that 20 per cent should be given to Women for ministerial, commissioner nominees regardless of Nays scream from the lawmakers.

The House further voted against itself on a bill to provide the procedure for overriding executive veto in respect of money bills. While 284 voted for, 10 voted against. 288 votes that is 4/5 was required to pass the Bill.

The lawmakers also rejected bill to provide for Diaspora Voting. 240 lawmakers voted against while 59 voted in support.

The bill to expand immunity to the legislative and Judicial Arms of Government was equally rejected.

Earlier, majority of the lawmakers kicked against move to usher in Dolapo Osinbajo to witness voting on the bills up for consideration in the Constitution Amendment.

Gbajabiamila who presided over the session had called on the House Leader, Hon. Ado Doguwa to suspend relevant rules of the House and moved that the VP’s wife should be ushered in to witness the proceedings.

This generated screams of Nays from lawmakers across party lines. However, the Speaker cautioned his colleagues particularly the PDP lawmakers for kicking against it.

Gbajabiamila said, “Hon. Chinda and co, the fact that I referred you guys as smaller parties doesn’t mean you should scream no.”