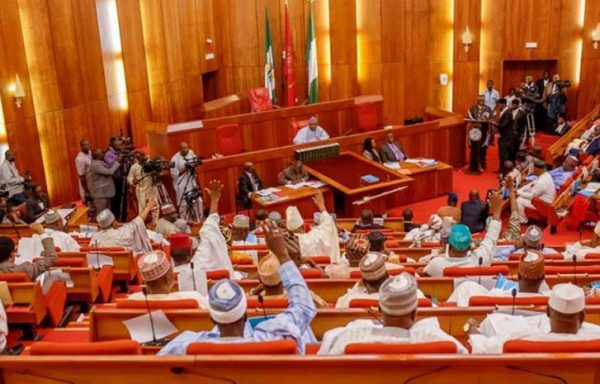 NEWSUPDATES247 report that The member representing Ovia Federal Constituency in Edo State, Denis Idahosa has called for the scrap of the Nigerian Senate.

The All Progressives Congress (APC) member suggested the introduction of unicameral legislature to reduce expenses.
The lawmaker made the call in an interview with the News Agency of Nigeria (NAN) in Abuja.

Idahosa said the Senate should give way if the country was really serious about cutting cost of governance.
The APC chieftain insists the Red Chamber should be abolished because most of the legislative jobs are done by the Green Chamber.

Idahosa reminded Nigerians and the government that the nation’s resources are limited.
The Edo legislator further noted that having two arms in the National Assembly is not “a smart thing”.
“If we are going to cut our spending, I think one of the houses should be scrapped, which I suggest should be Senate.

“We only sit three times in a week. We are being paid salaries to work for Nigerians; we can extend the three days to five days, while we have one house taking care of both jobs.
“So I think to reduce the unnecessary spending that we are actually involved in, the best thing to do is to reduce it to one for more accountability”, he said.