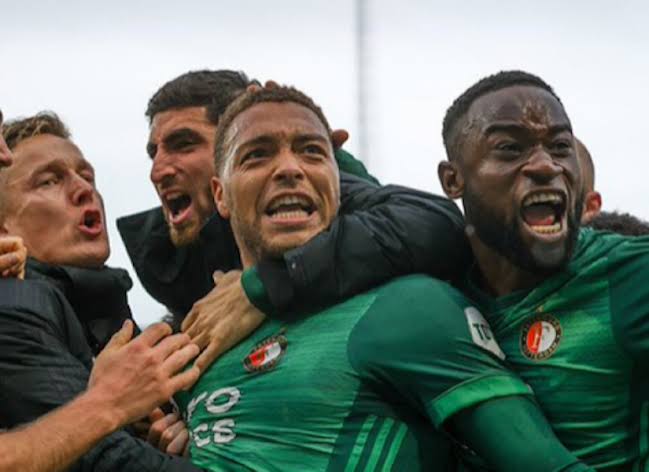 Nigerian stars continue to show their brilliance across Europe, and many of them put up brilliant performances to help their sides secure excellent victories

Bram Van Polen gave Zwolle the lead seconds before the end of the first half. However, Luis Sinisterra restored parity with a 67th-minute equaliser.

Then, ten minutes later, Genk loanee Dessers pounced on a loose ball in the box and placed a spectacular finish behind Konstantinos Lamprou to make it 2-1.

Elsewhere in Denmark, it was a feast of Nigerian stars, as Stephen Odey, Tosin Kehinde, Frank Onyedika, and Paul Mukairu were all in action in the Superliga.

The Nigerian duo of Kehinde and Odey were the game changers for Randers when they welcomed Silkeborg at the Cepheus Park.

Super Eagles hopeful Kehinde was brilliant for Randers as he scored a 7th-minute goal for his side to help them settle down seamlessly into their fixture.

Odey has been in very good form this season, and he continued with his impressive output, scoring the second goal for Randers. The former MFM FC star had an excellent performance, and he got the Man of the Match award for his great work.

Jorgensen pulled one back for Silkeborg in the final minute of the game, but it was just a consolation.

Meanwhile, at the MCH Arena, it was Mukairu and Amoo’s Copenhagen who emerged winners away at Onyedika’s Midtjylland.

Onyedika saw all minutes of action for Midtjylland, but all his efforts were wasted after a 95th-minute goal from Khouma Babacar gave Copenhagen the victory.

Mukairu saw 63 minutes of action in the game, while new Super Eagles invitee Amoo was on the bench.

Meanwhile, it was all gloom and doom for Victor Moses and Paul Onuachu as both Nigerian stars were on the losing ends on Sunday.

Moses’ Spartak Moscow suffered a 2-1 loss to Krasnodar in the Russian Premier League. The former Chelsea star saw 64 minutes of action before being hauled off for Daniil Khlusevic.

In Belgium, Genk continued their rollercoaster season, as they suffered a painful 1-0 defeat to St. Truiden.

Onuachu was caged for most embers. He registered 25 touches and two shots off target.

Genk are in danger of missing out on European football as they sit eight on the Jupiler League, two points above ninth-placed Cercle Brugge.

Elsewhere in Portugal, Zaidu Sanusi was fantastic for Portuguese Primera Liga leaders Porto. The Nigerian star replaced Wendell in the 70th minute. Still, he proved his brilliance within his 20 minutes of action, as he provided the assist for Francisco Conceicao’s goal, which wrapped up a 4-0 victory for the Dragons.

With the victory, Porto have now established a nine-point lead at the summit of the Portuguese top-flight. However, they have played a game more.

Still in Europe, Anderson Esiti made his third appearance for Hungarian champions Ferencvaros as they secured a hard-fought 2-0 victory away at MOL Fehervar.

The former PAOK man saw 64 minutes of action before he was sacrificed in a bid to add some bite to the attack.

The decision by coach Chechersov paid off, as Ryan Mmae scored for Ferencvaros just four minutes after he was taken off. The Moroccan then added another in stoppage time to secure a 2-0 victory for the Hungarian Champions.

In the Far East, Ighalo yet again showed his brilliance, as he supplied the assist for Moussa Marega’s 89th-minute clincher that gave Al-Hilal a 1-0 over Al-Raed.