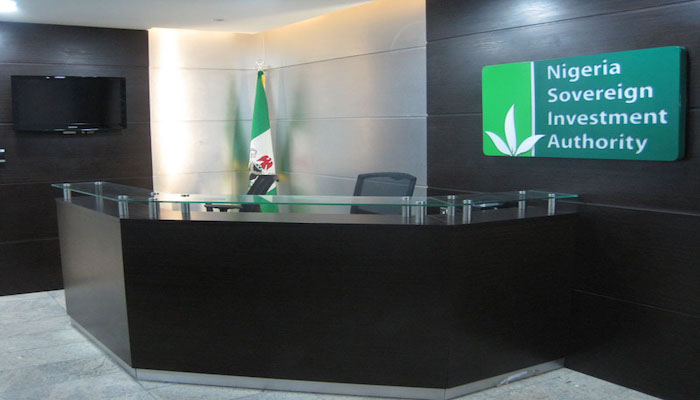 The House of Representatives at plenary on Thursday rejected a bill that sought to repeal the Nigeria Sovereign Investment Authority (NSIA) Act 2011 and the Sovereign Wealth Fund (SWF) and transfer the assets and liabilities to the Ministry of Finance Incorporated.
The proposed legislation titled: “A Bill for an Act to Repeal the Nigeria Sovereign Investment Authority Act and Transfer the Assets and Liabilities to the Ministry of Finance Incorporated; and for Related Matters was sponsored by Chairman, Public Accounts Committee, Hon. Wole Oke.
Leading the debate on its general principles, Oke argued that all funds currently in the custody of the NSIA (hereinafter be referred to as the Authority) be transferred to the federation account and all investments made by the Authority be managed by the Ministry of Finance Incorporated established pursuant to the Ministry of Finance Incorporated Act.
Listing what he felt were lapses with the NSIA Act, the lawmaker making reference to the provisions of Section 162(1) of the constitution, which states that payments of all revenues of the federation should be paid into the federation account, held that passage of the NSIA Act was first a breach of the provision of the constitution.
He also pointed out that the NSIA had always failed and refused to submit its spending to the appropriation powers of the National Assembly.
According to him, a number of times, the various House Committees on Finance had engaged with the NSIA management on the need to submit their accounts, which he said they had always refused.
He therefore urged his colleagues to allow the bill scale through second reading for them to carry out comprehensive work, invite members of the public to speak on whether NSIA doesn’t contravene section 162 of the 1999 constitution.
Oke said, “The provisions of the Constitution of the Federal Republic of Nigeria is very clear as to the procedure for withdrawal of funds from the Consolidated Revenue Funds and the condition precedent that appropriation must be made before any fund is released.
“Notwithstanding the provisions of Part III of the NSIA Act, particular Sections 29 to 34 of the NSIA, which makes statutory prescriptions as to the ownership and revenue sharing principles to be followed in distribution of proceeds from the Fund, the management of the NSIA has been arbitral in their disbursement and distribution of funds and often times, do not even allocate and disburse funds to the state, local governments and the area council.”
Shortly after his debate, while few lawmakers supported the bill, several others opposed it, calling for sanctions and increased oversight instead of repealing the Act.
In his contribution, Hon. Henry Nwawuba was of the view that the SWF has its benefits which should be considered before a decision would be taken.
Also, Hon. Ayokunle Isiaka opined that the lawmakers should find out if the SWF was living up to expectations rather than repeal or merge it with another ministry.
On her part, Hon. Lynda Ikpeazu faulted the assertion by the sponsor of the bill that it contravened Section 162 of the constitution.
Also, Hon. Chris Azubogu urged the sponsor of the bill to step it down, warning that it was in the greater interest of the nation not to project and portray Nigerians in a light that’s not acceptable internationally.
When put to a voice vote by the Deputy Speaker, Hon. Idris Wase who presided over the session, majority of the lawmakers voted against the bill.
Udora Orizu in Abuja