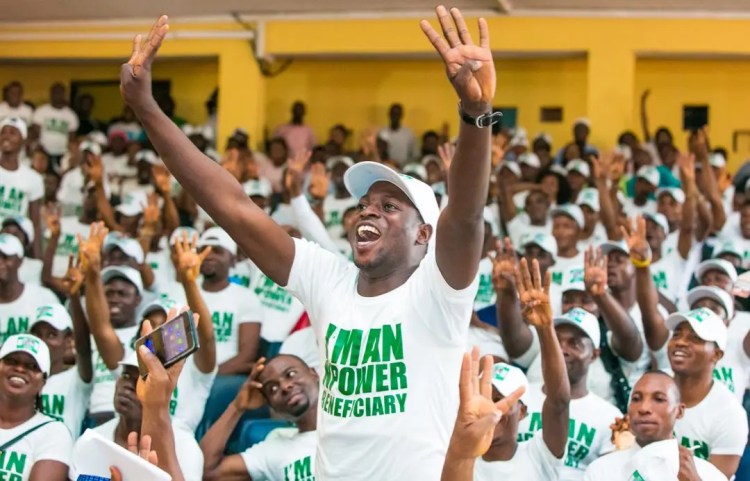 The Federal Government has trained 3,000 N-Power non-graduates in the South-South geopolitical zone to become self-reliant.

Beneficiaries received the training through the Federal Ministry of Humanitarian Affairs, Disaster Management and Social Development in Akwa Ibom, the host state of the training.

They were drawn from Akwa Ibom, Bayelsa, Edo, Rivers and Cross River states.

Coordinator of the programme, Itoro Moses-Duku, said at the graduation of the N-Tech software beneficiaries in Abak Local Government Area of Akwa Ibom on Wednesday that four centres were used for the training.

“This is first time the training was conducted in Akwa Ibom. We used to conduct the training in Edo in the past.

Mrs Moses-Duku said that the beneficiaries were trained for three months and all their entitlements including transports and food allowances of N42,000 each were paid.

Also speaking, Godwin Akpan, State Focal Person for Social Investment Programme, said that the beneficiaries were trained on software, hardware, and script writing among others.

He said that the trainees were selected depending on their area of specialisation.

Mr Akpan said the beneficiaries would be given starter packs, tools and laptops, and commended Federal Government for taking more than 100,000 youths out of the streets and for giving them self-employment.

“These particular set of beneficiaries are non-graduates; they are supposed to learn some skills and create livelihoods for themselves.

Speaking on behalf of the beneficiaries, Anyawu Benjamin from Cross River said it was a very nice experience and commended the Federal Government for the programme.

“I actually paid money to learn script writing two years ago and now that the Federal Government has given me the opportunity; I promise to use it well,’’ he said.

Benjamin promised to use his experience to better his life and those of other youths in the society, commending government for taking him out of the street and putting food on his table.

Another beneficiary, Ebiere Thomas, from Delta expressed appreciation of the privilege given to her by the government to learn software writing.

Thomas said she had become a different person and promised to train other youths.

Thomas added that after giving beneficiaries laptops, tools and starter packs, the Federal Government should give them money to hire shops.