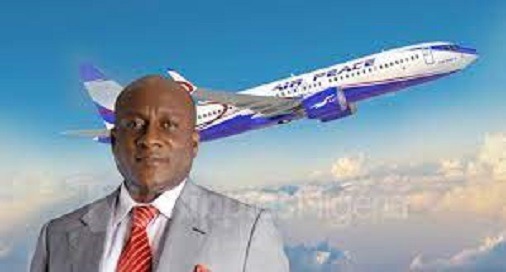 Mr Allen Onyema, the Chairman/CEO of Air Peace says that Nigerian airlines will shut down in three days due to scarcity of aviation fuel.⁣

He stated this on Monday during the Oil marketers and Airline Operators’ meeting at the National Assembly.

The meeting gave room for airline operators to demand operational licenses from the Federal Government to begin importation of fuel into the country.⁣

Onyema said, “We have only three more days, all airlines in Nigeria will shut down. We are not threatening this country, it is a fact.”⁣
⁣
He explained that if they were to continue flying, an average Nigerian will spend N120,000 for an economy ticket.⁣

“I have the mandate of all airlines to demand that Airlines begin importation of fuel, if we can buy planes of millions of dollars, we can also import fuel ourselves. Let NNPC give Airline’s licenses, we want to import ourselves.”⁣

In response to their demands, Mele Kyari, the Chief Executive Officer of the Nigerian National Petroleum Corporation said there is more than enough litre of aviation fuel in the country.

According to him, there were 19 oil companies with 88 million litres of aviation fuel in the country.⁣