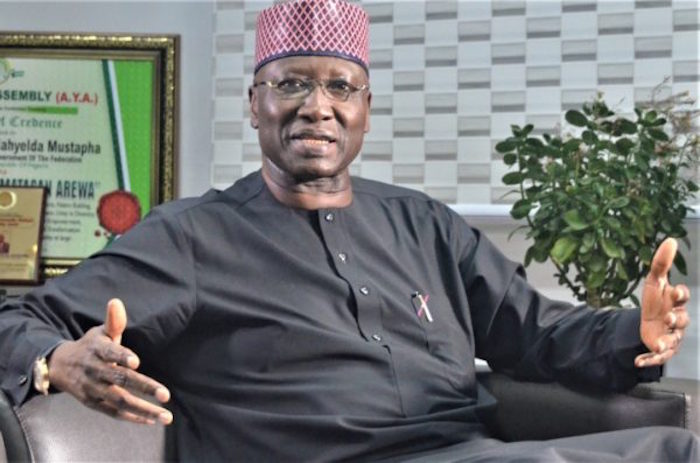 Nigeria’s federal government has disclosed that about 70 per cent of officers of the Nigerian Armed forces are currently engaged in domestic policing operations in the country.

This was revealed on Tuesday in Lagos, by Secretary to the Government of the Federation (SGF), Mr. Boss Mustapha, when he presented the keynote speech during the Lagos Chamber of Commerce and Industry (LCCI) 2022 Security Meet Business Dialogue Series.

Mustapha, who was represented by the Permanent Secretary for Political Economic Affairs, Office of the SGF, Mr. Andrew Adejoh, also stated that the federal government’s 2022 budget for all the security agencies, excluding its statutory contribution to the Police Trust Fund, was N2.41 trillion.

He said: “Close to 70 per cent of Nigerian armed forces personnel are engaged in policing duties across the 36 states of the federation. That is not what the army is supposed to do. But we have to do that to solve our security problems.

“The security vote for this year is actually N2.41 trillion. This does not include the statutory allocation to the Police Trust Fund.

“But money alone will not solve the problem. We need to look at the process and procedures to make sure that the money is put to useful purposes.”

Also, the Chief of Defence Staff, General Lucky Irabor, who was represented by Major General Adeyemi Yekini, said over 23,000 repentant Boko Haram combatants have so far surrendered their arms to the Nigerian military along with their families, and are now undergoing programme meant to reintegrate them to the society under the government’s Operation Safe Corridor.

Irabor said: “The popular one, which people do not want to hear about, is the rehabilitation of repentant Boko Haram that have surrendered their weapons. And over 23,000 of them have surrendered to the Nigerian armed forces, thereby helping to mop up small arms in circulation.

“Operation Safe Corridor is about disarmament and reintegration. The aim is to give them (repentant Boko Haram members) skills so that they can go back to their local communities and engage themselves in useful purposes.”

He added that the military believed that some of the Boko Haram fighters were attracted to terrorism out of frustration caused by economic hardship.

The President of the LCCI, Dr. Michael Olawale-Cole, said in his opening remarks that Nigeria was ranked 146 among 163 countries in the 2021 Global Peace Index (GPI) of the Institute of Economics and Peace, which stated that improvements in peace could lead to considerable economic improvement in GDP growth, inflation, and employment.

He said: “For the government to achieve better results in confronting insecurity, a key factor is to tackle the root causes and stem degeneration into social disorder and instability. The high level of unemployment and poverty among Nigerians, especially the youths, has consistently attracted them to crimes. Failure to address challenges of poverty, unemployment, and business failures is one of the major factors fueling insecurity in the country.

“As we approach an election year, we recommend that the government separate politics from security and that the security agencies stay off politics. And there is a need to step up enlightenment campaigns against political violence as this could lay an extra burden on our security agencies as they contend with bandits, terrorists, and kidnappers across the country.

“There have been calls for open and frank dialogue as a critical factor in addressing the security challenges of the nation, using the media and stakeholders’ forums as a catalyst for cooperation among citizens to end the crises.”