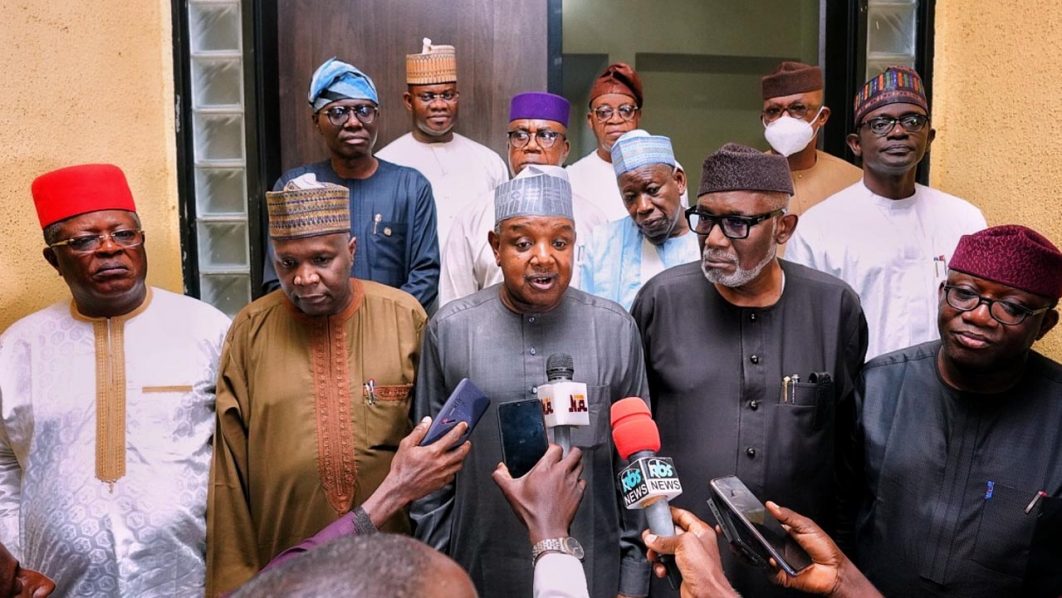 The purported endorsement of a former Governor of Nasarawa State, Senator Abdullahi Adamu, as the consensus National Chairman of the All Progressives Congress (APC) by President Muhammadu Buhari has further divided the governors elected on the platform of the ruling party, THISDAY has learnt.

Those present at the meeting between President Buhari and the governors of the APC have stated that the issue of adoption of any candidate did not feature at the meeting that lasted for barely 15 minutes.

Sources privy to the meeting, who spoke to THISDAY, said that the meeting had a one-item agenda, which explained its brief nature.

One of the sources close to a chairmanship aspirant from Niger State told THISDAY that Governor Sani Bello told the three national chaìrmanship aspirants from the state that no name of any aspirant was mentioned when the APC governors met Buhari on Thursday.

The source stated that President Buhari merely accepted the proposed zoning and advised the party’s governors to go about it harmoniously to ensure peace and the emergence of a consensus chairman at the National convention slated for March 26.

“It is not fair for a few governors for personal ambitions to foist a name on us without any input from us, “the source quoted the governor as saying.

Two national chairmanship aspirants – a former governor of Nasarawa State, Senator Umaru Tanko Al-Makura and Senator Sani Musa had rejected the purported nomination of Senator Adamu, while another aspirant, Saliu Mustapha said he was yet to hear officially from the party.

Both Al-Makura and Musa had in newspaper advertorial rejected the purported nomination of Adamu.

Efforts to get the Secretary of the National Caretaker Committee of APC, Senator John Akpanudoedehe to clarify the adoption of Adamu as a consensus national chairman proved abortive as he did not pick his calls.