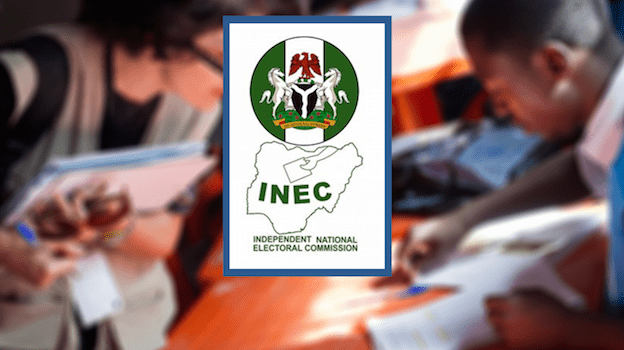 Following the signing of the new electoral bill into law by President Muhammadu Buhari, the Independent National Electoral Commission (INEC) on Saturday released a new timetable for the 2023 elections, with the conduct of party primaries, including the resolution of disputes arising from them now scheduled for April 4, 2022, to June 3, 2022.

Under the new timetable for the 2023 general election, INEC has shifted the presidential and National Assembly elections from February 18 to February 25, 2023, while the governorship elections will hold on March 11, 2023.

Addressing a press conference on Saturday, INEC Chairman, Prof. Mahmood Yakubu, said the presidential and National Assembly elections would now hold on February 25 next year instead of the earlier announced date of February 18.

“Consequently, the commission has decided to adjust the dates of the 2023 general election to ensure compliance with the provisions of the new law.

Yakubu disclosed that under the law, there are critical time-bound activities from the publication of notice of election to the conduct of polls, which form the Timetable and Schedule of Activities for elections.

According to him, some of the critical activities and their dates of implementation are as follows: “Publication of Notice of Election – Monday, February 28, 2022;

The INEC chairman stated that the Notice of Election would be published in INEC offices in all the states of the Federation as required by law on Monday, February 28, 2022.

Yakubu said that with the coming into force of the Electoral Act 2022, the commission would work assiduously to conclude and publish new Regulations and Guidelines for the Conduct of Elections that are consistent with the Act.

“These Regulations and Guidelines, as well as Manuals issued by the Commission, are all part of the legal regulatory framework for elections.

“Their timely publication will enable all stakeholders in the electoral process to become conversant with their provisions as they prepare for the 2023 general election,” he said.

The INEC chairman, who described the new electoral law as historic said that it was because it was the fourth time since the restoration of democracy in Nigeria in May 1999 that the Electoral Act was repealed and re-enacted.

He explained that the 1998 – 1999 elections were administered by transitional decrees until the 2001 Electoral Act was passed into law.

He said that in 2017, the commission decided to establish fixed dates for general elections in Nigeria, explaining that the decision was based on INEC’s determination to create certainty in the electoral calendar and to enable all stakeholders in the electoral process to prepare adequately for elections.

He said the 2023 general election was initially scheduled to commence on February 18, 2023, with the presidential and National Assembly elections, followed by the governorship and state Houses of Assembly elections on March 4, 2023.

He, however, pointed out that the Commission could not release the detailed Timetable and Schedule of Activities for the General Election, as it normally would, because of the pending enactment of the Electoral Act 2022.

With the bill now being signed into law,  therefore, he said, the Electoral Act 2022, together with the Constitution of the Federal Republic of Nigeria 1999 (as amended), form the legal basis for conducting all elections in Nigeria.

In particular, he said that the Electoral Act provides strict timelines for the implementation of electoral activities based on the date of the general election.

“One of the significant timelines is the publication of Notice of Election not later than 360 days before the day appointed for holding an election, which has now lapsed,” he added.

He reminded stakeholders, especially the political parties, of their responsibility to adhere strictly to the timelines in this Timetable and Schedule of Activities, as well as all other timelines established by the commission.

“It is necessary that all political parties comply with the extant legal framework, ensure proper organisation and management of party primaries and the nomination of qualified candidates to prevent unnecessary litigations and rancour,” Yakubu told all shareholders.

Speaking on the capacity of INEC to transmit all elections results in real-time, Yakubu said that from the reports available to the commission and its independent assessment INEC can transmit elections results to all the 774 local government areas and the 120,000 polling wards across the Federation.

On the BVAS, the INEC chaìrman said so far in the six by-elections in Ondo, Imo, Plateau and Cross Rivers states that there were no complaints against its operations

He pointed out the commission is not anticipating any extra budget to implement the new electoral law.

Deji Elumoye and Chuks Okocha in Abuja, Christopher Isiguzo in Enugu and Seriki Adinoyi in Jos