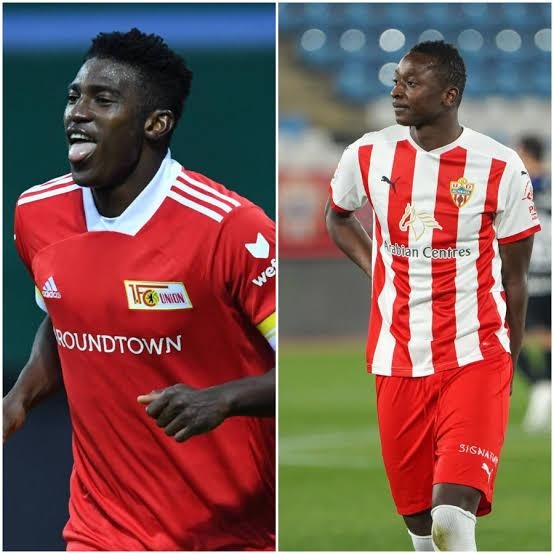 Almeria’s Sadiq Umar has been announced as part of the main squad ahead of Nigeria’s World Cup playoffs game against the Black Stars of Ghana.

In a list released by the NFF on Friday, Super Eagles coach Austin Eguavoen listed the red-hot and in-demand striker ahead of Taiwo Awoniyi who was placed on standby.

Recall that Awoniyi was selected ahead of Umar at the AFCON with the Almeria striker coming off the bench at the competition.

The new move may not be unconnected from the recent change in fortunes by both players with Umar scoring five goals in his last three while Awoniyi just scored for the first time last week, since he returned to Union Berlin from the AFCON.

Nigeria will face Ghana in a double header later in March with Umar expected to vie for a place in the very competitive Super Eagles frontline. He will contend for a place in the starting eleven with Odion Ighalo and Victor Osimhen.

Onazi, Awaziem and the surprises in Super Eagles Squad to face Ghana