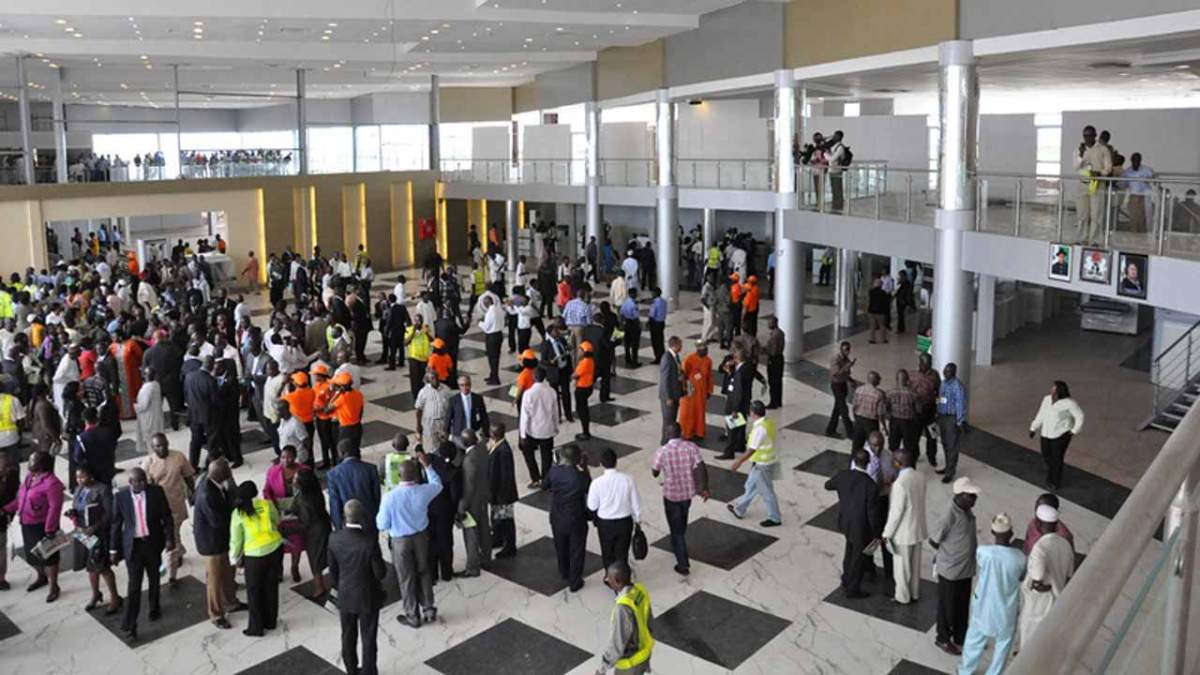 As scarcity of premium motor spirit (petrol) persists, causing long vehicle queues at filling stations so is the scarcity of Jet A1 (aviation fuel) at airports, as airlines are now forced to wait for supply before airlifting passengers.

This has been causing flight delays and sometimes cancellations when airlines wait and don’t get supply, a situation that became worse on Wednesday.

On Tuesday, Azman Air cancelled its Lagos-Abuja afternoon flight when it couldn’t get fuel to operate the flight, while Dana Air five aircraft were parked at the domestic terminal of the Murtala Muhammed International Airport (MMIA), Lagos, known as MMA2.

Ordinarily, at that period of the day aircraft are rarely parked at domestic terminals, except the few that would be boarding flights.

Findings by THISDAY revealed that all the airlines experienced flight delays on Tuesday due to their inability to fuel their aircraft. Air Peace, Ibom Air, Azman Air, Arik Air and Dana Air operated their flights behind schedule.

Spokesman of one of the major domestic airlines told THISDAY that not only that there had been further increase in the price of the product, in Lagos it is sold at about N440 per litre, N500 per litre in Abuja. In addition to that; there is variation in the prices, as some marketers sell the product higher than others.

Also because of the scarcity of the product, some of the marketers have changed their policy whereby airlines buy aviation fuel and pay after few days. Now, they insist airlines must buy the product cash and carry.

The Communications Manager of Dana Air, Kingsley Ezenwa, told THISDAY that non-availability of aviation fuel was contributing to flight delays and affecting all airlines, expressing hope that the hiccups would be a passing phase.

Spokesman of United Nigeria Airlines, Archiless Uchegbu told THISDAY that with the increase in the prices of aviation fuel and its scarcity, on-time performance of airlines has been impaired. Speaking on phone from Enugu, he told THISDAY that in the coal city passengers were waiting for their flights but there were delays because the airlines could not source the product, but expressed hope that the scarcity would not linger for long time; otherwise, it would paralise flight operations in the country.

Also, Head of Communications, Arik Air, Mr. Adebanji Ola, told THISDAY that for the past two weeks, airlines have been finding it difficult to source aviation fuel, but said he could not confirm whether marketers insist on cash and carry before selling the product.

The aviation fuel scarcity has exacerbated flight delays that have encumbered domestic flight operations in Nigeria and driven further the air of hopelessness, as passengers wait for several hours before they board their flights.

On Tuesday, THISDAY visited the departure lounge of MMA2 and felt the anxiety and uncertainty on the countenance of the passengers who were waiting, not knowing whether they would travel or not or when they would travel.

“We Need to Change Our Constitution, Not Amend It” Says Human Rights Lawyer, Femi Falana