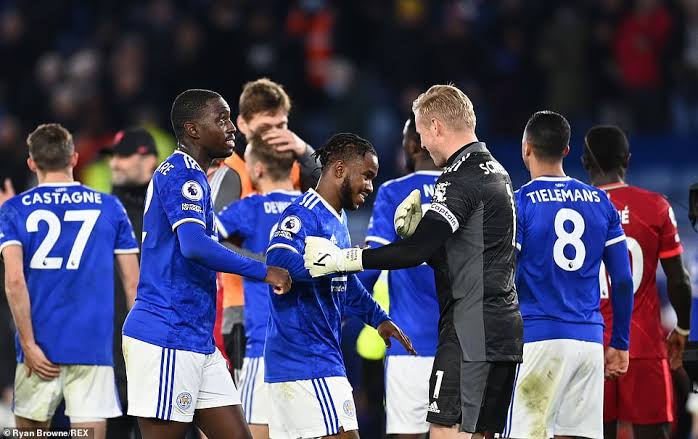 The Foxes travelled to Turf Moor, coming off a 3-1 victory over Randers last week. However, their form on the home front left nothing to be desired, as they had not won a PL game since the 28th of December last year.

Nonetheless, they were still favourites to clinch the victory over Burnley, who currently wallow in relegation waters.

The game was quite balanced from the start, with both teams trying to cancel out each other. Ndidi was the chief marshall of the midfield, as he controlled play and tried to break down every Burnley attack that came knocking.

The first half saw very few chances. There were only three shots on goal, and all were Leicester City’s

Foxes’ coach Brendan Rodgers introduced Lookman into the game at halftime, and the Nigerian star was decent, helping to push the Clarets backline. He also supported defence, but Leicester City still lacked the bite in attack.

With 18 minutes left, Rodgers brought on Jamie Vardy. And his introduction worked like magic.

The English striker assisted the first and scored the second to help Leicester City secure a hard-fought victory.

Ndidi did a very good job in midfield, with 84 touches, five clearances, and three interceptions.

The victory takes Leicester City to 12th on the Premier League table.