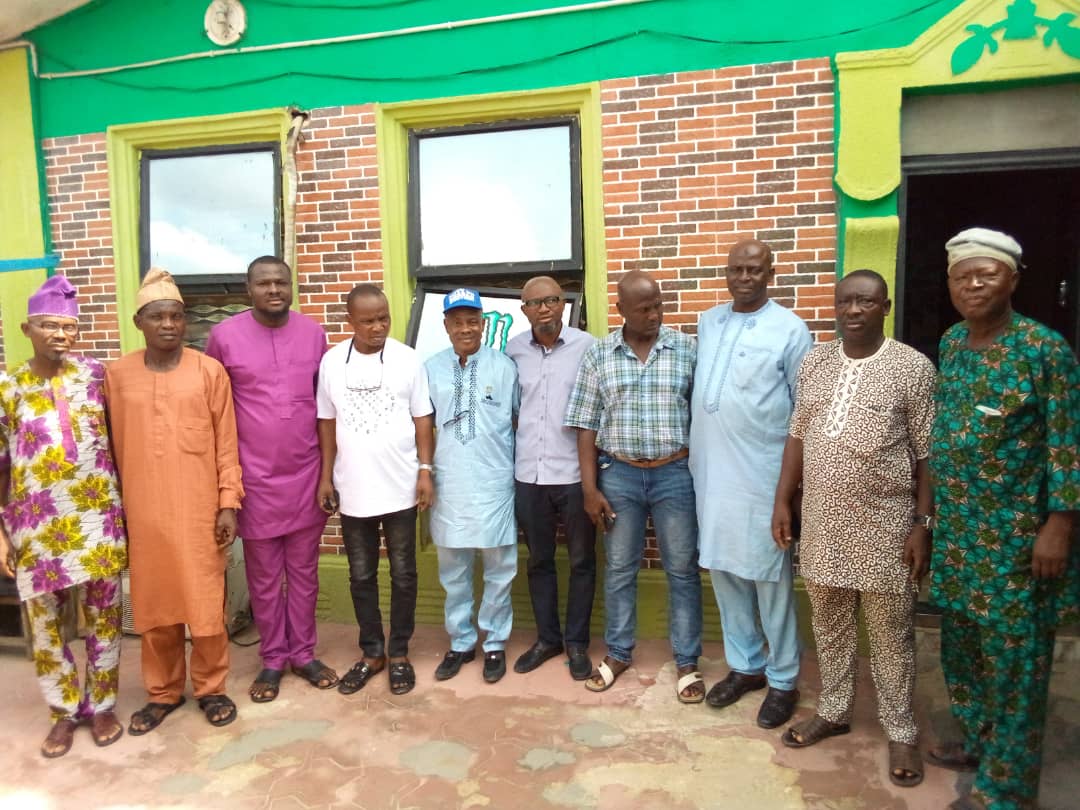 “MY ASPIRATION IS IN THE INTEREST OF DEMOCRACY AND GOVERNANCE” IS THE SPEECH OF HON KHABAR ADENIYI ISIBA, APC ASPIRANT CONTESTING A SEAT IN THE LAGOS STATE HOUSE OF ASSEMBLY, TO REPRESENT MUSHIN CONSTITUENCY II. TODAY 7TH APRIL 2022.

My humble greetings and salutation to the leaders, elders, and great people of our dear party, the All Progressive Congress APC

1. Today, I have come before you to declare my intention to run for a seat in the Lagos state House of Assembly, to represent the good people of Mushin constituency II. The objectives of my aspiration are very simple; first off, to raise the bar of political representation of our dear Mushin constituency II. Secondly, to demonstrate a leadership capacity that will surpass our previous and current experience. Thirdly, address the weaknesses of the previous and ongoing administrations, and build on their gains to set a prospect for the future.

2. However, I have come along with an important concern. It borders on our party the All Progressive Congress APC, as a conference of progressive and democratic politicians. A party with politicians who have sworn to defend the ethos, convention, and ideals of democratic government. A party with political elites who recognize that, as beings, we are today human because we have an organized society, and that the ultimate goal of any organized society is the extent how which it has successfully built peace amongst the people. With this, it is sufficient to conclude that the essence of democracy and progressive politics is to build and sustain peaceful coexistence amongst the people. It is the message of democracy, progressiveness, and peaceful coexistence I have brought before you today.

3. My dear compatriots, since the return of Nigeria’s democratic government in 1999, the right to participate in politics; to vote, and be voted for under constitutional rule and through a credible and fair election became instituted in the nation’s political culture. These rights can be divided into two; ordinarily, the rights of the individual to elect and be elected, and in the context of Nigeria’s democratic and federal practices, the right of all the geo-political fractions that make up Nigeria state to participate equally and meaningfully in the political system.

4. Fellow party members, it is well established that the essence of creating a political society is to build peace and order. The connection between peace and the stability of democracy has long been recognized and in essence, must start with territorial peace, which is agreeing to terms that all political divisions that make a certain political jurisdiction must have a shared sense of participation, involvement, and membership in the political and governance enterprise.

5. The division of Nigeria into 36 states, then Lagos state into 20 Local Governments and 37 Local Council Development Areas respectively, also Mushin local government into 2 state constituencies, Mushin Constituency II into 10 wards, and the conventional 2 political axes into Itire-Ijesha and Mushin Central are not for the fun of it, they are essential and purposeful for the observance of equality, fairness, and justice amongst these political boundaries. Both the legal and conventional political boundaries are made for peaceful coexistence and mutual understanding.

6. Fellow compatriots, from 1999 to date, the Itire-Ijesa axis has only produced a member of the house of Assembly for only four years of one single term and that was between 1999 and 2003. Since then, individuals representing us at the state house of assembly have been from the Mushin central axis. I have come to appeal to you today in the interest of democracy and progressive politics to concede the next candidate of our dear party APC in the house of assembly to represent Mushin Constituency II to the Itire-Ijesha axis.

7. As a progressive politician and democrat, I have a firm believer in building consensus through stable and due consultation among elites of different groups and I have only come before you to appeal that you key into this democratic thinking. It is my humble request that being the foremost aspirant from the Itire-Ijesa axis of our constituency, I am appealing for your gracious approval that you should adopt my aspiration as yours, in the interest of our party’s symbol of progressive politics, democracy as the system we have all submitted to, peaceful coexistence, and posterity.

8. Let me assure you all that my aspiration rests on the principle of promoting the general will of the people, and facilitating sustainable governance through legislation, good representation, and party discipline.

9. Mushin is the site of a large industrial estate and commercial base for manufacturing and exchange of productions. The site of our location is highly strategic, with incredible population size. The need for quality representation cannot be overemphasized to maximize these potentials through varied programs, schemes, partnerships, and collaborations within and outside the government and country.

10. Our great party led by the founding fathers, successive Governors, and our respected leaders and elders continue to build governance in our dear Lagos State. These strides must be sustained but only with synergies, ideas, and innovations from politicians who are grounded in the political trajectory of our dear state, and ingrained in the philosophy it rests on. We cannot afford to be complacent, we must rethink the present to discern and be ready for the future. My aspiration comprises all these qualities and shall abide by them.

11. Once again, I appreciate you all, and pray that we shall get to the Promised Land together.

Thank you and God bless.