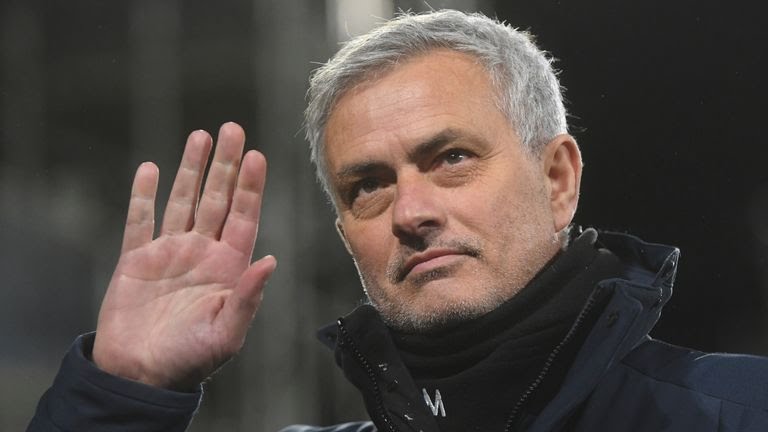 Jose Mourinho was suspended for two matches on Tuesday after being sent off for an angry stoppage-time outburst at the referee in Roma’s Serie A draw with Verona.

Mourinho shouted at referee Luca Pairetto and mimed a phone call, an enigmatic gesture that earned him a red card.

Italian media reported that Mourinho was unhappy with how little time had been added Saturday, at the end of a game in which Roma fought back from two goals down to draw 2-2.

Italian media suggested that the gesture questioned the referee’s independence.

Pairetto’s brother is an executive at Juventus and his father was involved in the Calciopoli refereeing scandal in 2006.

Mourinho grabbed the match ball at the end and booted it away. He then skipped his post-match media duties, preferring, he wrote on Instagram, to “go home and have a nice dinner.”

The sports judge said Mourinho “turned to the fourth official, made serious insinuations against the referee.”

The judge said the “insinuations” were repeated in the tunnel on the way to the changing room.

Roma general manager Tiago Pinto was suspended until March 8 for also making “serious insinuations” to the referee, a punishment that was reduced for later “apologising”.

In 2010, when he was at Inter Milan, Mourinho mimed handcuffs at a referee during a match against Sampdoria. He was suspended for three matches.