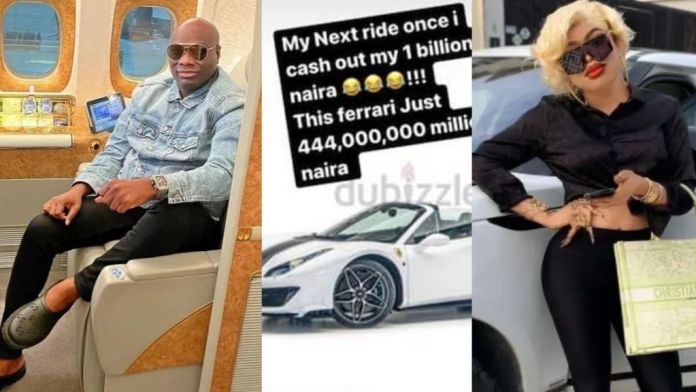 Socialite, Mompha has revealed what he would do when the N1 billion fine slammed on cross-dresser, Bobrisky materialises.

Recall that he issued a lawsuit notice to Bobrisky for refusing to debunk claims about his sexual preference, and defamation of his character on social media amongst other offenses.

The court papers disclosed that male barbie called out Mompha on social media and he demanded a public apology and a fine of N1 billion for it.

Mompha has now disclosed how he intends to purchase a Ferrari worth N444 million for himself.

The businessman announced this via his Instagram story with a photo and the caption;

READ MORE   May God Not Let Me Fall In Love: Timaya 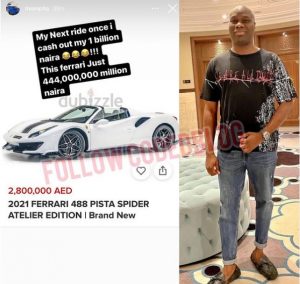