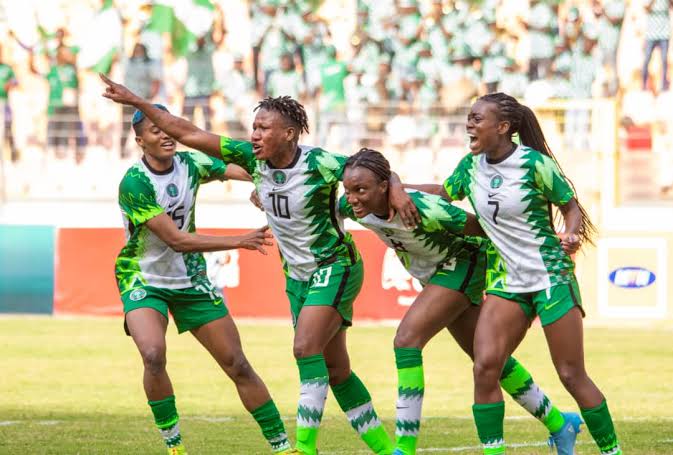 It was mixed fortunes for the Super Falcons pair as their sides suffered different fates in the Round of 16 fixture of the Spanish Copa de la Reyna.

Chikwelu’s Madrid CFF defeated Espanyol away from home with the Nigerian midfielder featuring for 57 minutes of the encounter.

The capital team came from behind to snatch the game from their local rivals at the death. Espanyol raised the curtains in the 48th minute through Marianela Sczymanowski. The visitors drew level three minutes later through Geyse before grabbing the winner in the 90th minute.

Ajibade was a 65th-minute substitute for Atletico Femenino in a game the Madrid-based team played second fiddle. The midfielder came on for Brazilian Ludmila Silva one minute after her team conceded the second goal.

Sporting Huelva scored through Hannah Keane in the 37th minute before Mariana Ramirez doubled the hosts’ advantage four minutes after the hour mark.

Both players played important roles for the Super Falcons as they pipped Cote D’Ivoire to the AWCON ticket.

Ighalo comes out tops in battle of AFCON top scorers

When is the Nigeria-Ghana World Cup Playoffs?