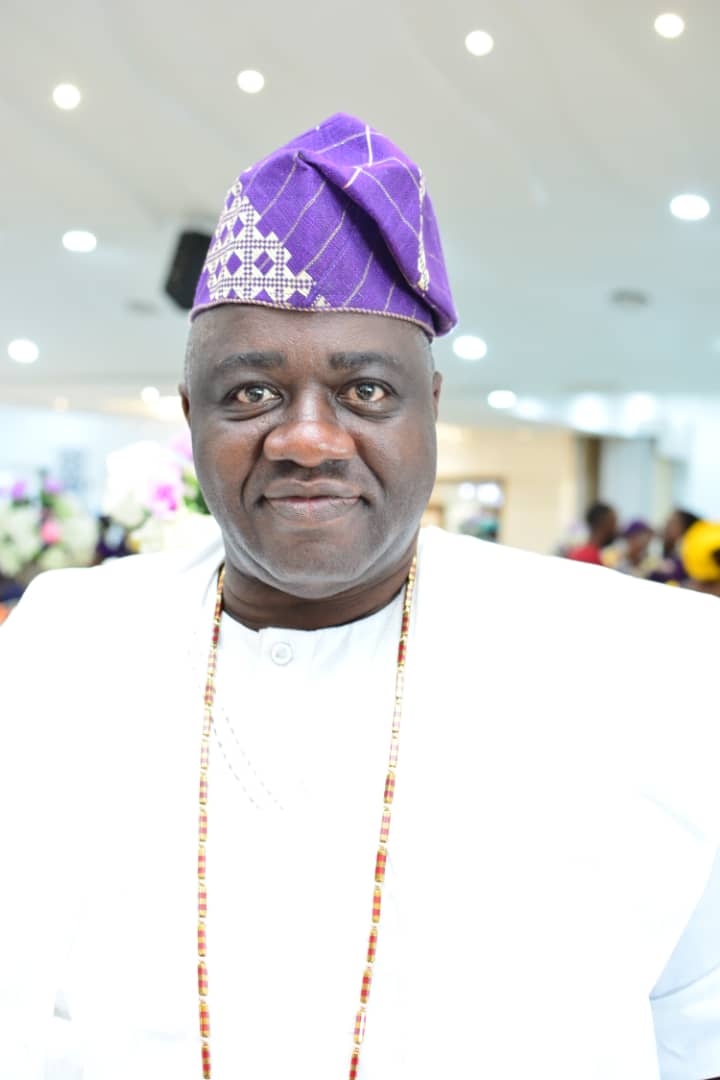 BACKGROUND
High Chief Ganiyu Adeleke Dada is indigenous to the Otta land, the foremost Awori Kingdom under the Ado/Odo-Ota Local Government in Ogun State. He was born on the 5th March 1962 to the noble and popular Obanibasiri family of Ikowogbe Ruling House in Otta. From 1974 to 1979, he attended Ansar -Ud-Deen College, Isolo where he obtained his Secondary School Leaving Certificate. Had his A Level at Anwar- Ul- Islam College, Agege 1979 – 1981. His father Alhaji Waidi Isola Dada being a successful businessman with passion for Education , sent him out of the country to the famous University College of Wales, Aberystwyth where in 1985 he bagged his Bachelor of Science degree combined (Hons) in Economics and Politics. For his fervor, because that learning is a favorite activity, he continued his academic pursuit at the Cardiff Business School, University of Wales in 1985 and completed his Master’s in Business Administration and bagged the phenomenon MBA in 1986.

WORKING EXPERIENCE
As a man that is dedicated to success, He had his youth service at Nestle Foods Nigeria Plc from 1987 to 1988 and was retained as a permanent staff. He worked as a Warehouse Officer until 1992. He resigned from his work at Nestle in 1992. As a trained and sound economist with his hands in public and business management, and more importantly, a young man, ready to experiment with the combination of his youthful exuberance and theoretical economic visions, he established a self-owned business, Aldrem Ventures Limited, a private organization now grown to become a multimillion naira firm and makers of Koza Water, Koza Invitations and Koza Occasional Cards, etc. To date, he is the owner of Aldrem Ventures Limited and currently works as its Chairman . 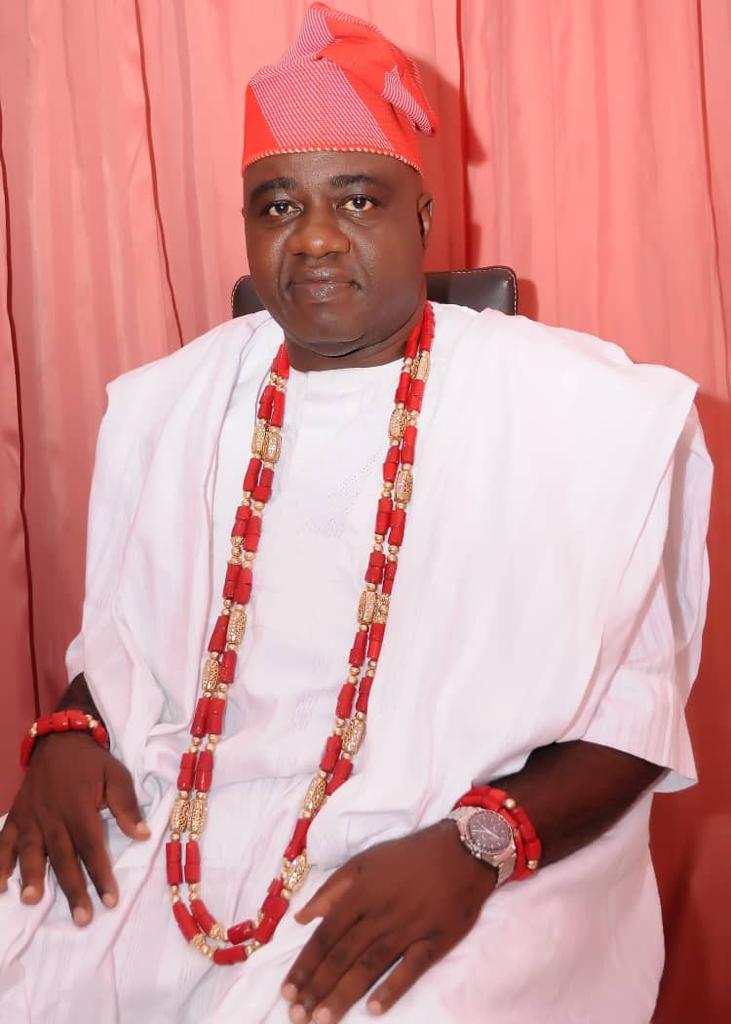 POLITICS AND CONTRIBUTION TO GOVERNANCE
Although born into an illustrious, aristocratic, and notable family in Ota. His father the popular OBANIBASIRI, (Wahidi Ishola Omo Dada as eulogized by late Music Icon Haruna Ishola) was a renowned public figure in his class and his life was full and committed to building social capital, and influence across the board which nonetheless was not without dedication to community service. Yet, High Chief Ganiyu Dada has carved a niche for himself, especially in the Ota community where he originates from. He has rendered invaluable service toward good governance and the development of his community and has been instrumental in many developmental projects in his community. High Chief Ganiyu Dada is renowned for his immense contributions to the development of the Awori community with a remarkable impact on many aspects of human development which he has demonstrated and committed to continue through varied systems and models. To him, politics and community building are intertwined and a process and collective action of deciding the interest of the public which accordingly should be grounded on public-spiritedness, undergirded by underlying moral and socio-cultural values.

Little wonder, he was unanimously nominated and presented by his family to be consecrated as the Oluwo Itoki of Ota Awori kingdom, a traditional title gazetted under the Ogun State Chieftaincy law. He was installed by the Olota of Ota Oba (Prof.) AbdulKabir Adeyemi Obalanlege, consequent to which he became a member of the Olota-in-Council. As a member of the Olota in Council, he has handled diplomatic, administrative, and social duties therefore not in doubt that his proven records of integrity, accountability, and administrative capacity will be added advantage to his genuine intention in transforming his immediate community into a plinth of excellence. With his exploits, as a successful businessman, and his academic feat being an economist, added to his passion for community development, and his sociability being a member of the prestigious Island club, Awori Top Elites Club, Ota Unique club Ota, and a member of the Board of Trustee of Ota Gravity Foundation. It is clear that entrusting public responsibility to High chief Ganiyu Ishola, will be very rewarding to the Ogun West community, and the entire governance space in Nigeria.
In the theater of politics, he was part of the campaign for the election of Senator Ibikunle Amosun as Governor of Ogun state . And was appointed into 2 Transition Committee by then Governor Elect Amosun and played an immense role in the election of both Senator Akin Odunsi and Sen Gbolahan Dada as Senators representing the Ogun West Senatorial district.

High Chief Oluwo Itoki is an amiable, amicable, smart, courageous, and patriotic individual and this is not unconnected with the confidence and strong recommendation the people’s Democratic Party PDP has reposed on his political aspiration to represent the party at the forthcoming Ogun West Senatorial election in 2023. More so, the announcement of his candidacy has been greeted with a large ovation amongst the people in the Yewa – Awori community. Their beliefs, hopes, and optimism are refreshed, and not only that a round peg that fits a round hole has been chosen to represent them but an individual with an unambiguous background, who is well-read and very articulate, with a prospect to deliver a representation that will be transmittable and relevant in addressing both the real and potential challenges that confront them.

IN VIEW OF THIS
Haven succeeded in the private sector ditto his involvement in grassroots governance, it is settled that High Chief Ganiyu Adeleke Dada possesses the necessary professional experiences that have exposed him to the challenges of governance and administration in Nigeria. He is aware that the core mandate of the legislator is to make laws and enhance cooperative governance with the executive. Doing so, he knows that such a relationship must be full of vision, inspiration, and mission to assist the executive in driving and actualizing its mandate for his own people. Therefore the support of the people is sought to deliver this taxing task. With this resume of his, and commitment to leading all-inclusive governance with open participation to all and sundry, it will be gratifying that the people of Ogun West afford him the chance and opportunity to make a significant and positive difference in the growth and development of our dear Ogun West political district, Ogun State, and Nigeria at large.