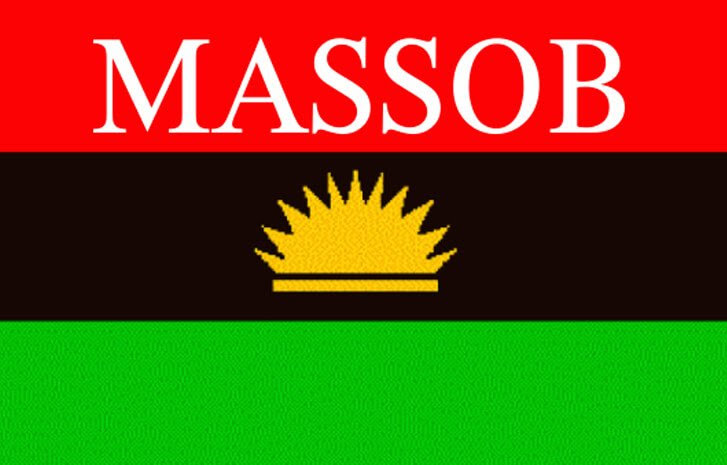 The Movement for the Actualization of the Sovereign State of Biafra (MASSOB) have strongly condemned the insensitive and atrocious murdering of innocent and defenseless youths from Otulu town allegedly by operatives of the Imo State Security Outfit (IMOSO), also known as “Ebubeagu”.

This was contained in a press release issued by the leader of MASSOB, Comrade Uchenna Madu.
The security outfit, IMOSO, was established by the Imo State Government under the leadership of Governor Hope Uzodimma to checkmate the rising spate of insecurity in the state.

Newsupdates247 had earlier reported that Ebubeagu operatives allegedly shot to death fourteen young men at Awomama in Imo State.
The victims were reportedly returning from a traditional marriage when they were shot down by persons believed to be Ebubeagu operatives.

Reacting, Comrade Madu noted that “this killing of innocent citizens is one of the several, uncountable and secret killing of our people by Gov Hope Uzodinma” backed Ebubeagu.
“They are primarily established as a witch-hunting outfit to fight political enemies and non-violence pro-Biafra agitators.”

MASSOB described Ebubeagu security outfit as a Dracula evil and agents of death established by Imo state government.
It, therefore, warned Governor Uzodinma to immediately disband his security outfit now, otherwise, their activities in Biafra land would be seen as a declaration of internal war.

“The so called Ebubeagu security outfit must cease their operation in Imo State now,” Madu stated.