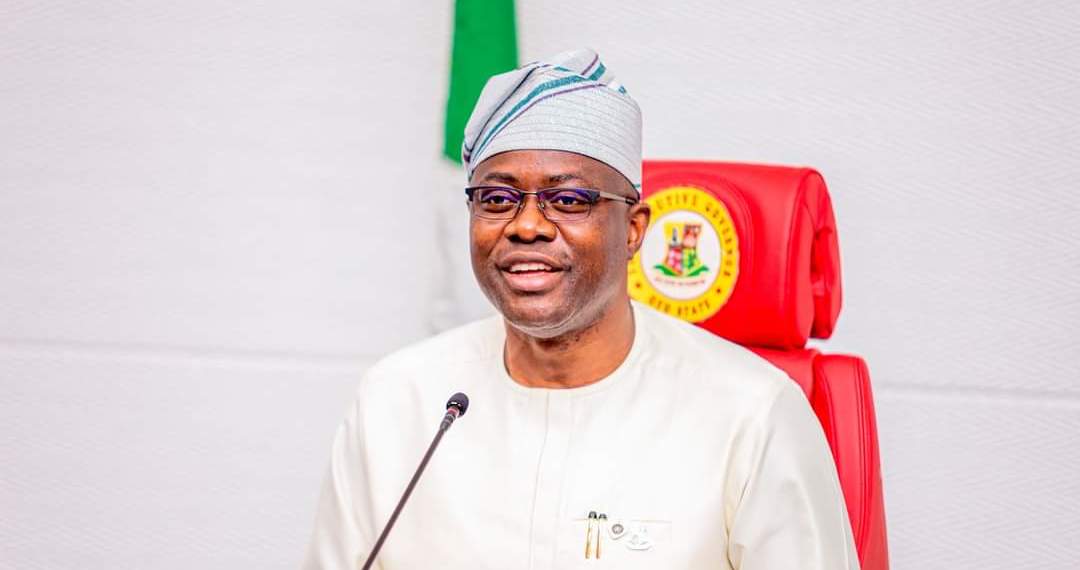 Oyo State Governor, ‘Seyi Makinde on Sunday, told indigenes of the state to stop protesting the take over of land for developmental purposes, adding that government will always pay compensation for any land acquired.

The governor, while speaking at the 1st year remembrance of Late Chief Theophilus Akinyele, held at the St Paul’s Anglican Church, Ajia, Ibadan, said that the indigenes needed to emulate Pa Akinyele, whom he said donated his own land for use if the state.

He told the congregation that he was ready to do everything within his power to develop Ajia village to a city in line with the dream of Pa Akinyele.

A statement by the Chief Press Secretary to the governor, Mr. Taiwo Adisa, quoted the governor as declaring that he would name the Information Communication Technology Institution to be cited in Ajia after after Pa Theophilus Akinyele.

He also revealed that the state has received commitment from the Nigerian Air Force to set up. AIR Force Base in Ajia, adding that the. Base would fast track the development of the village.

The statement appealed to those who have been protesting government acquisition of Lands for public good to stop so as not to be a clog to the wheel of progress.

He said: “I want to say that Ajia will be the host of an Information Communication Technology Institute, and it will be named Chief Theophilus Akinyele ICT Institute, Ajia to honour the memory of Baba.

“We thank God for today because He has been with us since Baba left us. I was wondering how Mama would cope with his absence but I am happy that God has been her source of strength.

“Few months before my father died, he handed me over to Pa Akinyele to care of me concerning my political career and I thank God that Baba was alive when my ambition to become the governor of Oyo State was realised.

“We shared two things in common, and one of it is the love for this village but I can tell you that it is fast becoming a city. So, we shared that passion and love for Ajia. One of the last functions Baba attended was when we flagged off the Ajia-Airport Road with a spur to Amuloko. I am glad that the work is progressing very well.

“I checked when we got to Ajia junction because it took us four minutes from that junction to get here. And one of the visions Baba shared with me is the development of Ajia which will be based on being a modal village to a city, and now, we are realising that actually.

” Very soon, in another three to four months, you will be able to go to the Airport from here. So, indeed, Ajia is on the rise.

“We have the commitment of the Nigerian Air Force to set up their base here in Ajia. I want to use this opportunity to appeal to those protesting that government has dispossessed them of their land. I am from here and Mama is the Iyalode of Ajia. So, we know the true sons and daughters of this place.

“If you have acquired land here and we need the land for public good, we will compensate you to conveniently move to another place. But you should not be a clog to the wheel of progress of Ajia. Yes! We won’t even accept that. Apart from the fact that I have to console Mama, I have two more things to say and want people to learn from.

“Few days after Baba passed on, Mama called me to the House and handed over a Certificate of Occupancy to me and said it was Baba’s land. She told me Baba bought the land because he didn’t want haphazard development around this place. She returned the Cof O to the government for proper development according to the vision around there. And I want to make a promise before God’s Altar that I will do everything within my power to realise that vision.

“I have met with people in this state who used their positions to acquire government land and built houses on. But now, look at someone who used his personal money to buy land and still handed same over back to the government.

“I want us to learn from Mama and what the family has done on behalf of Baba, and begin to do things the way they are supposed to be done.

Earlier, while delivering a sermon at the church service, the Diocesan Bishop of Ibadan North and Archbishop Ibadan Province, Most Rev. Segun Okubadejo, who read from the book of Psalm 116- Verse 15, admonished the congregation to always live their lives with fear of God.

“God is pleased when his saints die and come home to him.” Or perhaps, “In God’s sight, the death of his saints is really a good thing and not a bad thing.”