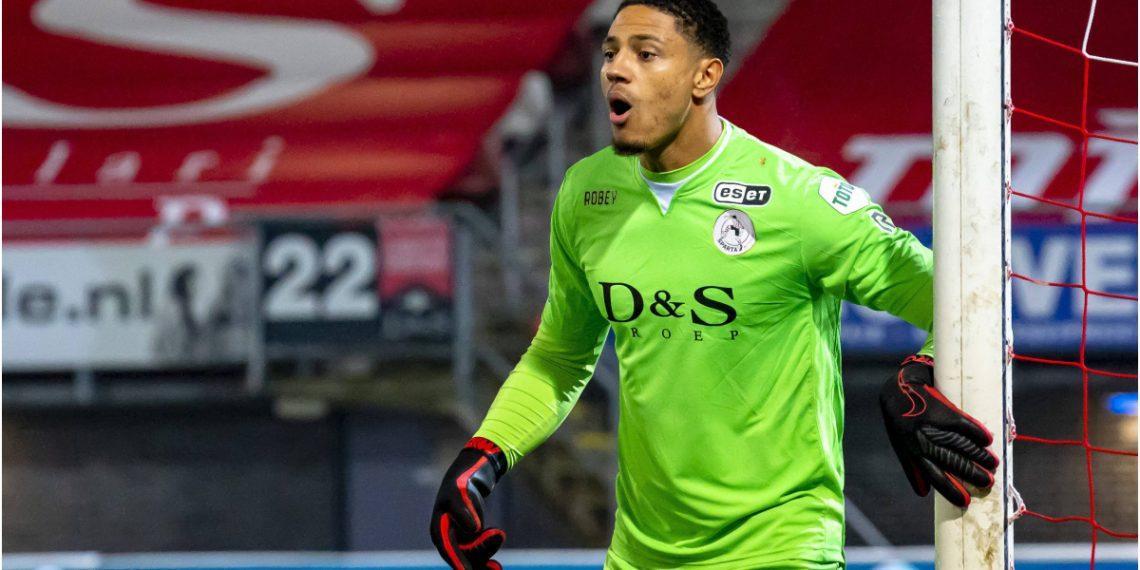 Maduka Okoye was on the verge of keeping his third clean sheet of the season against Vitesse before the game was suspended in the 92nd minute.

Okoye went into the game having kept just two clean sheets in nineteen games, and conceded twenty-nine goals in the process.

Sparta Rotterdam scored as early as the fifth minute through Adrian Dalmau. Vitesse threw everything they had against their visitors but met a resolute Okoye in goal as the Nigerian international made a slew of saves to keep his team ahead.

The Super Eagles goalkeeper was in his best element on the night and had kept his team close to a big win before the Vitesse fanbase grew irate.

The former Fortuna Dusseldorf goalkeeper was attacked with bottles on the pitch and also stood up to a fan who stormed the pitch to confront him. He asked the fan to leave the pitch before the referee suspended the game as a result of the irate home fans’ troubles.

Sparta Rotterdam currently lie 16th in the 18-team Eredivisie and were close to a big win against their more illustrious opponents.