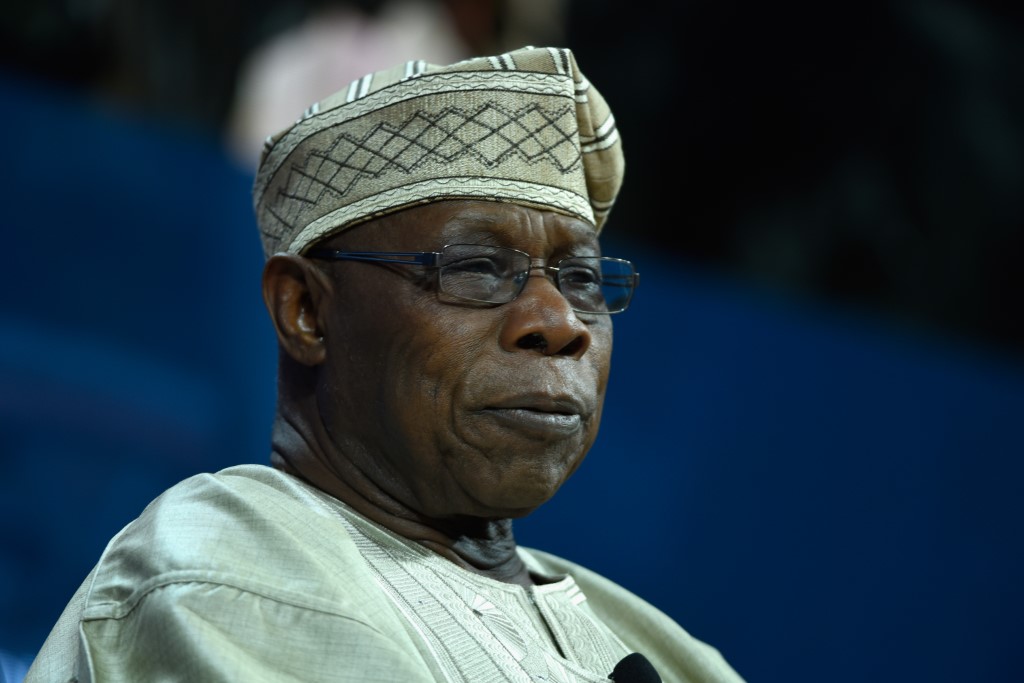 Chief Olusegun Obasanjo, who served as Nigeria’s head of state from 1976 to 1979, and later as its president from 1999 to 2007, turns 85 on Saturday, amid goodwill messages from eminent Nigerians wishing him good health and long life.

Former Vice President Atiku Abubakar congratulated his former boss while praying to God to continue to bless “this giant of Africa” with good health and that his legacies of good governance should continue to manifest in many parts of Africa.

In a statement he personally signed, Atiku, who served as Vice President during the Obasanjo presidency said, “The celebration of Obasanjo is parallel to celebrating vision of good leadership and pan-Africanism.”

Atiku adds: “The vision which Obasanjo brought into governance either as a military head of government or as a democratically elected president continues to set the pace for progressive ideals in governments across Africa.
“In the decades of the late ‘70s when almost all of Africa was covered in military dictatorships, Obasanjo set the pace for a transfer of power to civilian government in Nigeria and that singular effort began the process of democratisation across the continent.”

Former Senate President, Dr. Abubakar Bukola Saraki described Obasanjo as a man who at 85 years remains the pride of Nigeria and Africa.

Saraki in his goodwill message to mark the birthday of his former boss under whom he served as Special Assistant (Budget Matters) between 2000 and 2002, stated that Obasanjo laid the solid foundation that ensured the survival of democracy in the country.

He noted that in the same vein, the former President continued to play a key role in achieving peace, unity, and development of the continent as he still serves in different capacities to entrench stability across Africa.
Saraki said: “Baba, you have continued to bring honour to our country, Nigeria, and her over 200 million citizens. For decades, you have been the pride of our dear nation and its flagbearer in striving for the maintenance of peace not only in Africa but also across the globe.”

In his message, Lagos State Governor, Babajide Sanwo-Olu, described Obasanjo as a quintessential leader not only in Nigeria but globally.

He said the retired military general and elder statesman, “is worth celebrating at 85, having served Nigeria in many capacities, especially for unity, peaceful coexistence and socio-economic growth and development of Nigeria.”
Sanwo-Olu, in a statement signed by his Chief Press Secretary Mr. Gboyega Akosile, Friday, said Obasanjo is one of the few Nigerian leaders who had contributed immensely to the growth and development of the country both as military and civilian leader, and left with impeccable records.

He said Obasanjo at the global level “is a leader to be reckoned with” due to his passionate involvement on African affairs and other global issues.

Sanwo-Olu said: “Obasanjo has made lots of positive impacts in the country as a military officer and political leader, fighting along with several other patriots for a united Nigeria during his days in the Nigerian Army.

“He has written his name in gold as the first Nigerian to serve as Head of State and later Civilian President. He also administered the country with focus on improving the lives of the citizens and the country’s economy.”
Governor Dapo Abiodun of Ogun State also felicitated with Olusegun. In a brief statement posted on his Instagram page, Abiodun showered praises on the former president, describing him as a “living legend”.

He also prayed that the former president continues to age gracefully in excellent health.

“You remain, for us, an inspiration as a living legend and symbol of Ogun Standard of Excellence. As you clock 85 today, you still spend every moment, not just for yourself, but for the successor generations and the rest of humanity. Even at your advanced age, you keep sacrificing for security, stability, development and co-operation across Africa and the rest of the world. Your footprints remain indelible in the sands of time. Our prayer is that you keep trudging in excellent health on the global plain and may every stage of your life be more exciting than the previous.”

The Niger State Governor, Alhaji Abubakar Sani Bello described Obasanjo as an “exceptional and patriotic leader who used “The best of his life to work for the unity and stability of Nigeria.”

Bello said that the former president also worked tirelessly to achieve peace on the African continent
In a message to mark the 85th birthday of the elder statesman, the governor said Obasanjo had also become “a living legend and a strong voice within and outside the shores of the country, considering the outstanding and commendable sacrifices he made for Nigeria and many African countries.

“Chief Obasanjo is one leader that has had a very rare opportunity to serve the country both as a Military Head of State and democratically elected president and did so exceptionally well.

“His democratic finger prints on the African continent are indelible. He is a beacon of democracy and stands tall in the hall of fame of the greatest African leaders,” Bello said.

The governor on behalf of the government and people of Niger State joined millions of well-wishers of the former President, within and outside Nigeria to pray for more strength, good health and wisdom to the celebrant.
Former Senate President, Senator Anyim Pius Anyim described Obasanjo as a foremost statesman and citizen of the world.

In a birthday message to the former President who clocked 85 today, Anyim, a frontline presidential aspirant for next year’s election said Obasanjo had demonstrated unwavering commitment to the unity, peace and progress of Nigeria.

The former Secretary to the Government of the Federation (SGF) and staunch member of the Peoples Democratic Party (PDP) also recalled that OBJ, as the former President is popularly called, played key roles at various stages of Nigeria and Africa’s political history.

The congratulatory message, which Anyim personally signed read: “Baba! You are a true citizen of the world, an outstanding leader in Africa and our nation’s pre-eminent statesman. You have demonstrated unwavering commitment to the unity, peace and progress of our dear country, Africa and the world at large.

“You stand out as a true patriot. You have continued to give your all to see Nigeria take her place among the comity of nations, as a richly endowed country.

“You have played key roles at various stages of Nigeria’s and Africa’s political history. At all those stages, you provided visionary and principled leadership guided by deep love for and commitment to the well-being of Nigerians and the black man.

“You have remained a voice of reason, cautioning and proffering solutions as Nigeria wades through the many challenges of nation building. You have written letters, books, given lectures at home and abroad, all in the effort to communicate your thoughts and ideas on how to make Nigeria work. As a result, your stature towers on the world stage.

“Baba, I want to assure you that Nigerians appreciate you and your noble contributions to the peace, unity, progress and development of our dear country.

“God has blessed you with good health, strength and a sharp mind. May He continue to uphold you as you continue your worthy service to our dear country, Africa and the world at large.”